Capablanca’s Education in the United States

Later that year the photograph of Capablanca was published on page 126 of The Rice Gambit edited by H. Keidanz (an American Chess Bulletin Souvenir Supplement). 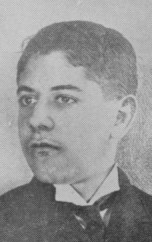 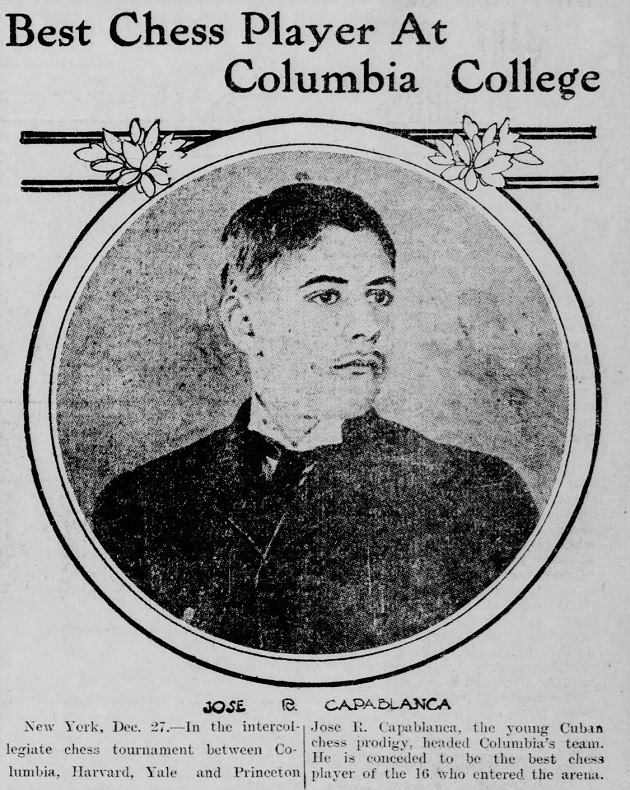 
This photograph (with Capablanca, the adjudicator, seated on the left) was given on page 46 of the March 1906 American Chess Bulletin: 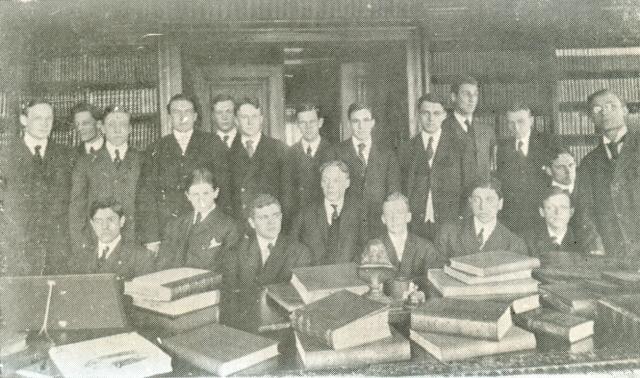 ‘Participants in the Intercollegiate Match on ten boards, photographed in the library of the Villa Julia, New York, 3 March 1906’


We are grateful to Ed Tassinari (Scarsdale, NY, USA) for information about Capablanca’s involvement with chess at Columbia University. Our correspondent has been through the Spectator, the university’s daily newspaper, from autumn 1906 to spring 1908. To mention just one report, the 11 December 1906 issue related that in a 30-seconds-per-move tournament the previous evening the Cuban finished first in a field of eight, defeating W. Koo, O. Brown and, in the final round, L.J. Wolff.


From Chess and Baseball:

‘As a matter of fact, I cherish as one of my special accomplishments my more than ordinary ability in that very mundane but good American game of baseball. Such a thing, surely, must be foreign to genius!’

As reported on page 71 of our book on the Cuban, the November 1913 American Chess Bulletin, page 71, quoted comments he made to the magazine:

‘I am afraid that I shall miss my baseball and tennis while in Russia, but I shall try to become proficient in some other outdoor sports like horseback riding, etc. Or I may take up fencing and gymnasium work. I thoroughly believe in keeping in good trim physically.’

‘... La Discusión (23 August [1909], page 8) reported on another speciality of Capablanca’s; in an Amateur Baseball Championship match between teams from Vedado and Marianao “Capablanca at shortstop made two splendid catches”. Later, when he was up at bat, the umpire had just called one strike against him when rain stopped play.’ Source: The Columbian 1909, page 140. Capablanca is standing third from the left: 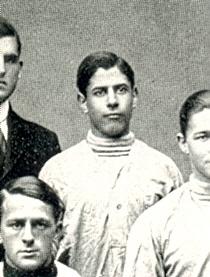 [As mentioned in C.N. 6378, on page 65 of the same edition of The Columbian was devoted to the Columbia Chess Club and listed Capablanca as the ‘Varsity Team Captain’.

A further photograph of Capablanca is reproduced here, with the permission of the editor, Frank Brady (New York, NY, USA), from page 20 of Chessworld, May-June 1964: 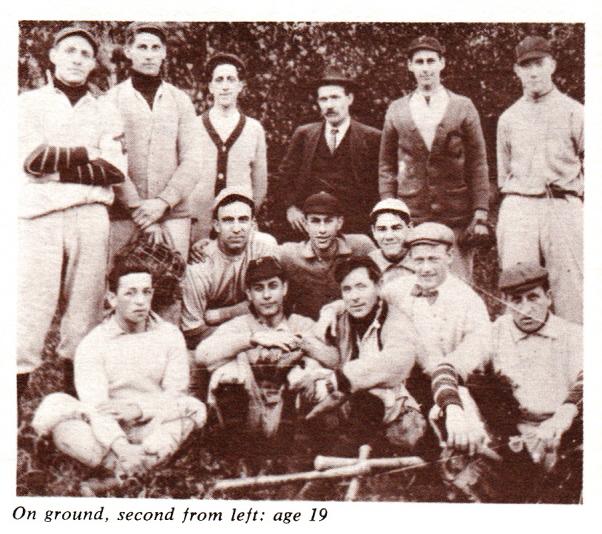 In response to a query from George DeRise (Hampton, VA, USA) about Capablanca’s education in the United States we provide a brief summary of the information on pages 10-12 of our monograph on the Cuban, supplemented by illustrations and some further material. 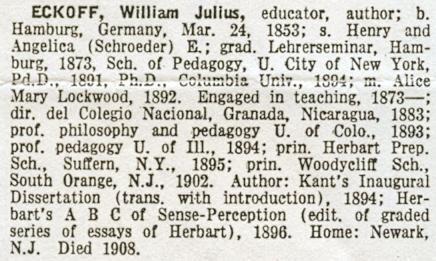 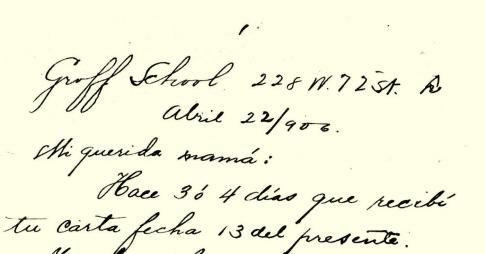 For a full English translation, see below (C.N. 3333). Since discovery of the letter, only one contemporary reference to the school has been found, an entry in the New York City Directory, 1906-07 (referring to Joseph Groff): 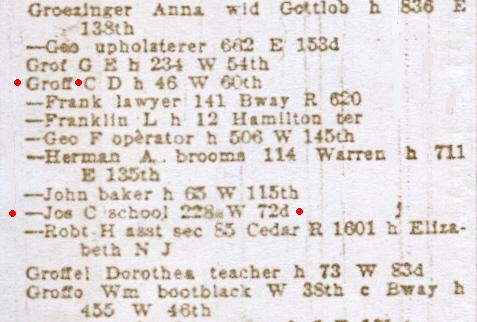 Capablanca’s university record (he was a non-graduate in engineering in the Class of 1910, although we are not sure exactly when the course was broken off) is mentioned on page 134 of the Columbia University Alumni Register 1754-1931 (New York, 1932): 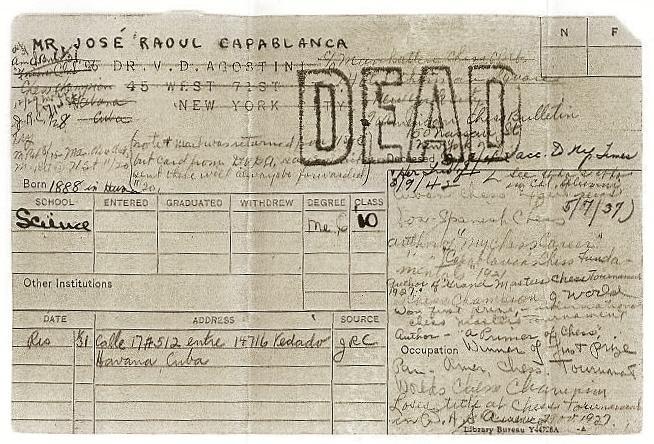 
The earliest Capablanca document in our collection is a copy of a three-page letter to his mother written when he was 17. It is given below in our translation from the Spanish. Pages 10-11 of our book on Capablanca quoted a report that his education in the United States was paid for by a Cuban businessman, Ramón San Pelayo, who became concerned that the youngster needed to apply himself to academic study rather than play chess. 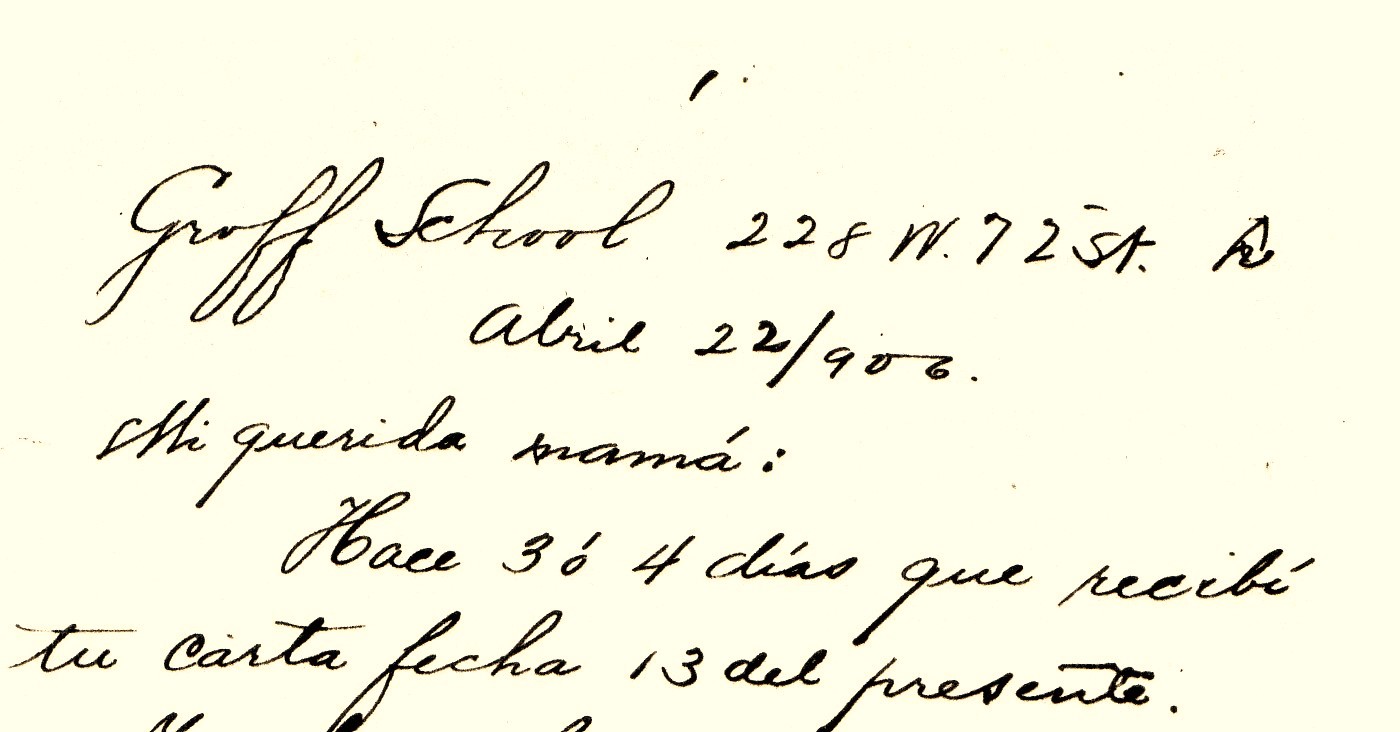 Three or four days ago I received your letter of 13th of this month.

Now I can see what has been published in the Diario de la Marina. You or, rather, father can tell D. Ramón that three-quarters of the article is lies, and that while it is true that I played a simultaneous display and that the result was as the newspaper says, that was during the December vacation when I had nothing to do and no studying; as regards having had myself selected to play various simultaneous displays, none of that is true; it is correct that various club presidents have asked me to give simultaneous displays, even being willing to pay me for them, but I have always said that I could not do so because I had to study, and especially because I was prohibited from doing so. This is the pure truth, and if you wish you may show D. Ramón this letter.

Concerning the reports about me to D. Ramón, you can be sure that they are favorable, because the other day here the Director read out the fortnightly [or possibly two-monthly – Capablanca’s word bimensuales may mean either] results of the best pupils and said that I was the best, and by a long way, that although I had nine subjects, six of which were very difficult, I scored 85¾%, while the next one after me scored only 81% and did not have as many subjects, or such difficult ones, as I did. So you can see that you have nothing to worry about on that front.

Tell Nene that if possible he should be sure to send me a couple of cocos (pesos), as that would be very helpful when I am broke.

Goodbye; regards to everyone, my love to the children, and to you and to father an affectionate hug from your son, who thinks of you.

It should be noted that the above translation by us subsequently appeared – with a few minor differences and without permission – on page 99 of Miguel Sánchez’s book on Capablanca (Jefferson, 2015). Systematically, in that careless work Groff was misspelt ‘Graff’.

In June 2022, Yandy Rojas (Cárdenas, Cuba) sent us the article, by Juan Corzo, to which Capablanca had been referring in the letter to his mother. It appeared on page 6 of the morning edition of the Diario de la Marina, 7 April 1906:

In consideration of the foregoing, this C.N. item merits attention:

Carlos Alonso Mediavilla (Blanes, Spain) points out that the book Gent Nostra Capablanca by Marià Fontrodona (Edicions de Nou Art Thor, Barcelona, 1988) surprisingly states that Capablanca usually conversed with his mother not in Spanish but in Catalan. Here are the relevant passages from the book: 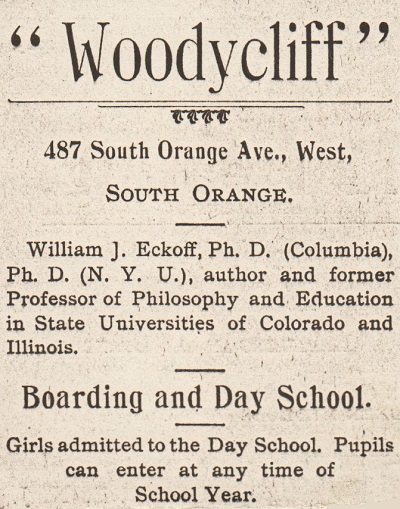