Page 365 of Best Play by Alexander Shashin (Newton Highlands, 2013) has a position headed ‘Capablanca-Baca, La Habana (blindfold), 1912’.  The game-score is well known from its inclusion in, for instance, Modern Ideas in Chess by Richard Réti (London, 1923), Meet the Masters by Max Euwe (London, 1940) and The Immortal Games of Capablanca by Fred Reinfeld (New York, 1942). From page 102 of the Euwe book:

‘Such an achievement in the realm of combinative chess can only be described as superb.’

However, the game requires careful handling in view of the complications set out by David Hooper and Dale Brandreth on pages 111-112 of The Unknown Capablanca. Below is the relevant section from the second, revised edition of their book (New York, 1993): 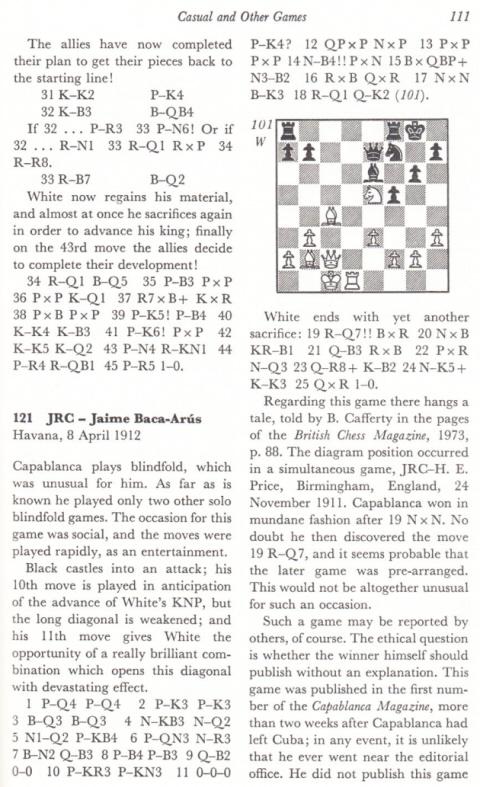 The game’s appearance on page 9 of Capablanca-Magazine, 25 April 1912, under the heading ‘Blindfold Chess’:

The game-score has not been found in either of the two Cuban newspapers of the time which were notable for their chess content, Diario de la Marina and La Discusión. Page 46 of our book on Capablanca briefly referred to the game, mentioning that when Brian Harley published it on pages 16-18 of Chess and Its Stars (Leeds, 1936) he wrote: ‘Capablanca’s comment to me is: “I can’t play games like that now!”’

Baca-Arús was not named when the game was given in the Euwe, Harley, Reinfeld and Réti books or, for example, in Homenaje a José Raúl Capablanca (Havana, 1943). Nor did the word ‘blindfold’ appear. The same applies with regard to the full page (page 232) which the tactical play received in Combinations The Heart of Chess by Irving Chernev (New York, 1960). With the exception of Harley’s book, all these works broke off the game after White’s 22nd move. Harley continued to move 25 but with a different finish from that given in Capablanca-Magazine and The Unknown Capablanca: 22...Nd8 23 Qh8+ Kf7 24 Qg7+ Ke6 25 Nf8+ Resigns. 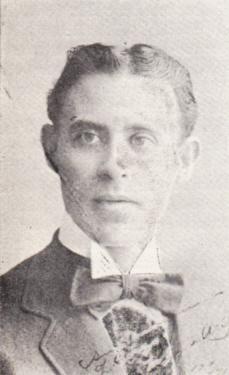 The Capablanca v Price game (Birmingham, 24 November 1911) referred to in The Unknown Capablanca appeared quite widely at the time, e.g. on page 19 of the Cheltenham Looker-On of 2 December 1911, which reproduced the notes of the Birmingham Daily Post: 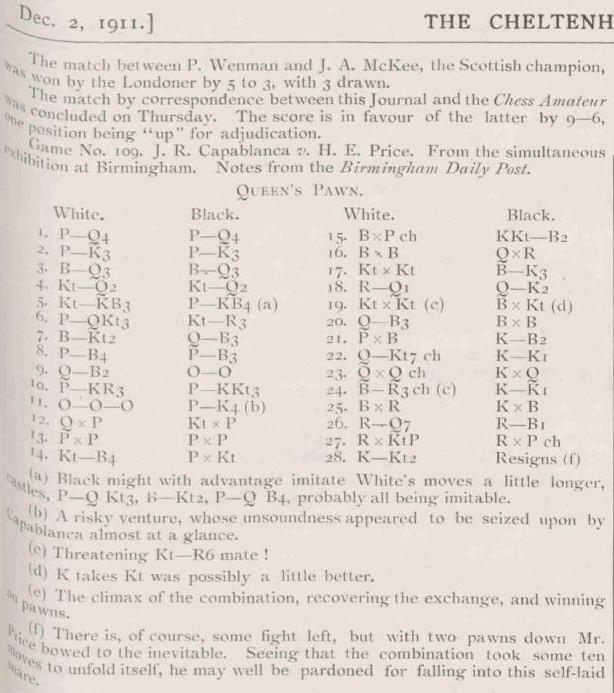 An especially interesting column is Gunsberg’s on page 5 of the Manchester Guardian, 5 December 1911 because it pointed out the possibility of 19 Rd7, the spectacular move that occurred in Havana the following spring in the game against Baca-Arús: 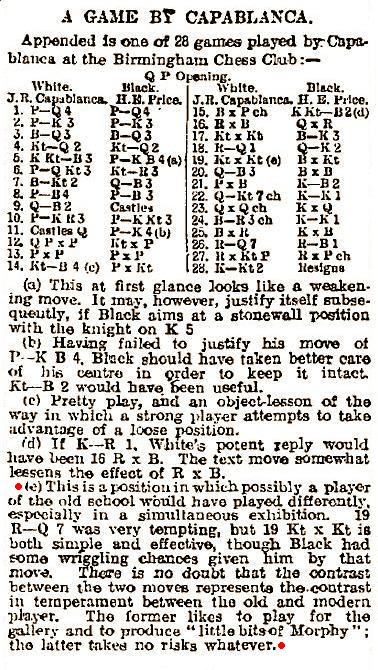 The report on the Birmingham display on pages 23-24 of the January 1912 BCM included the following:

‘Mr H.J. Whitlock, a member of the club, and head of one of the leading photographic firms in the city, secured an excellent series of portraits prior to the Señor’s early departure for London the following day.’ 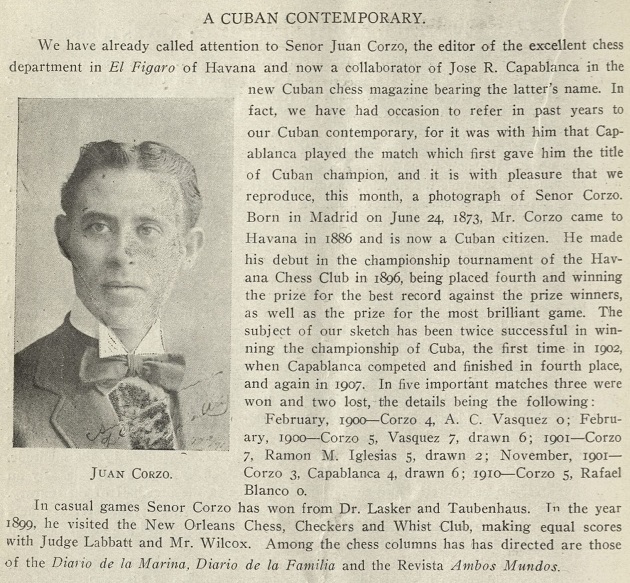 The photograph was not in our feature article on Juan Corzo because it is a case of mistaken identity, as was pointed out on page 136 of the June 1912 edition of the Bulletin: 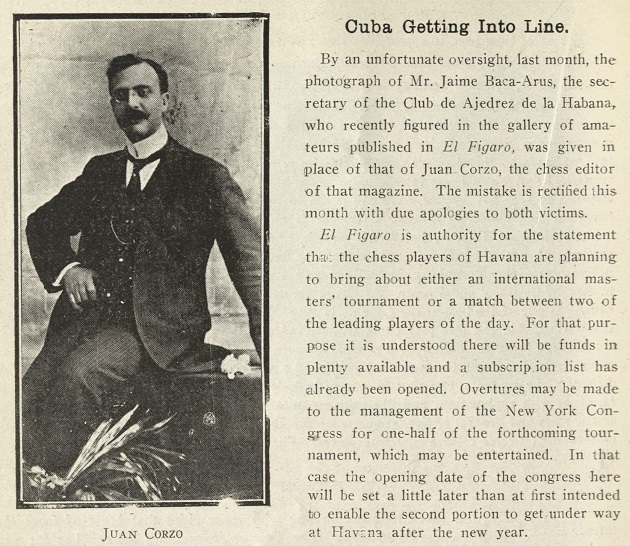 The above scans have been provided by the Cleveland Public Library. 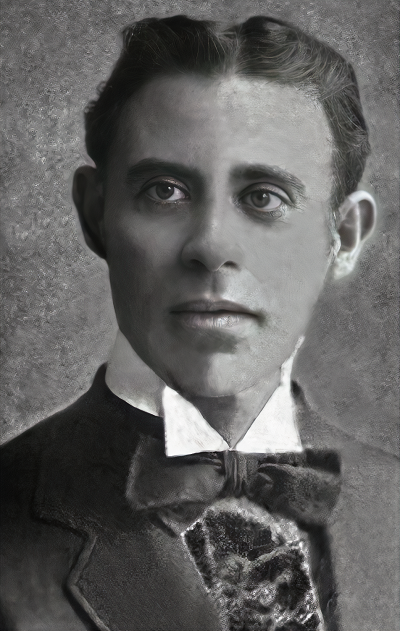