We note that the wonderful broadcaster Alistair Cooke lists chess among his recreations. In his Letter from America of 9 January 1971, reprinted in The Americans: Letters from America 1969-1979 (Harmondsworth, 1980), he makes (page 60) a gripping comparison of two ostensibly dissimilar games:

‘... No American institution is worse understood abroad than American football. British sportsmen who know their way around a rugby field, a billiard table and even a chess board succumb without a second thought to the facetious view of American football as a mindless bout of mayhem between brutes got up in spacemen outfits. But it would not take more than a couple of weeks of careful instruction from a coach or a fan to realize that American football is an open-air chess game disguised as warfare. It is without question the most scientific of all outdoor games. There is a lexicon of “plays”, known to any decent footballer, as premeditated as the Ruy López opening, the Petroff Defence, the Sicilian Defence, the Muzio Gambit, the Queen’s Gambit Declined. Most of them are not only learned for the purpose of using them but of declining them on the spur of the moment. Hence the extraordinary, and to the foreigner, bewildering sight of men running off in circles and tangents with no apparent relation to the ball or the man who’s holding it. For weeks before a big game, the players practise these plays and feints, and fake plays, and in the evenings they attend sessions of instruction, in strategy and tactics, following hieroglyphics on a blackboard with which Einstein would have been quite at home.’

‘Cooke is 100% right. American football, a series of moves (“plays”) by 11-man teams (not continuous action), is the most scientific and chess-like athletic sport (soccer is much more disorganized and inconsistent), but unfortunately it is violent (the players are not made of wood or plastic), with a history of thousands of casualties.’

Those who have seen Cooke’s 1970s television series America may recall that during the episode entitled ‘A Firebell in the Night’ he visited the Curtis-Lee Mansion, Arlington and, in the study of General Robert E. Lee, presented to viewers ‘the little chess set that he carried with him on all his campaigns’.

Whether there has ever been a finer broadcaster than Alistair Cooke we very much doubt, unless it be Richard Dimbleby.

On 30 March 2004 the British Prime Minister, Tony Blair, did justice to the late Alistair Cooke by describing him as ‘one of the greatest broadcasters of all time’. We add that a photograph of Cooke playing chess appeared in Nick Clarke’s book Alistair Cooke The Biography (London, 1999).

With respect to the parallels which Alistair Cooke drew between chess and American football, for an old discussion of the same topic see ‘Strategy in the New Football’ by Walter Camp on pages 87-90 of Lasker’s Chess Magazine, December 1907.

The Fry Chronicles by Stephen Fry (London, 2010) frequently mentions chess. For example, pages 182-183 relate a conversation with Alistair Cooke during a dinner at Trinity Hall, Cambridge in 1981. Cooke ...

We note now a video clip in which Alistair Cooke introduces a production of The Royal Game by Stefan Zweig. A news item, ‘Chess Players’ Waterloo?’, by Alistair Cooke was printed on page 7 of the Manchester Guardian, 13 November 1951:

The Wallace murder case was mentioned by Alistair Cooke at the start of an article, ‘The Hiss Case Reviewed’, on pages 6-7 of the Manchester Guardian, 1 May 1953:

‘Whenever the late James Agate was satiated with the theatre and bored with books and racehorses, he would call up a couple of lawyer friends and invite them to hash over for the hundredth time the events of that one evening in the life of Wallace, the Liverpool chessplayer, which, it can be cogently argued, produced either the perfect crime or the perfect miscarriage of justice.’ 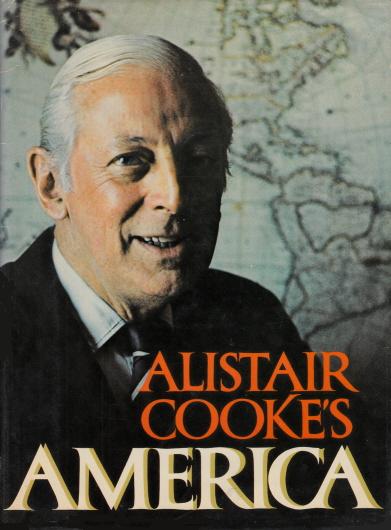 
See too the Letter from America of 17 April 1987, in which Alekhine and Capablanca were mentioned.