In this familiar position White wins by 1 Kd5 Kc8 2 Kd4 Kd8 3 Kc4 Kc8 4 Kd5 Kc7 5 Kc5 Kc8 6 Kb6, etc., a model example of triangulation which appears in many endgame books. The caption is usually ‘Fahrni-Alapin’, sometimes with a date between 1909 and 1917 and occasionally with a mention of Munich. Although the exact occasion and complete game have yet to be found, we note that at a tournament in Munich in June 1909 Fahrni scored +3 –0 =1 against Alapin. When Fahrni himself gave the above position, on page 15 of his book Das Endspiel im Schach (Leipzig, 1917), he did so with just the vague heading ‘From a game Fahrni-Alapin’:

Incidentally, one of the many monographs to give the Fahrni win is volume 1 of Finales de ajedrez by Ramón Rey Ardid (1903-88), published in Saragossa in 1944. It is one of five such books by him that we own (on pawn-only, pawnless, queen, minor piece, and rook endings). They are substantial works, in terms of both analysis and length, and it is unfortunate that endgame writers today tend to ignore them.

We now see that the ‘Fahrni position’ was published on page 82 of the March 1911 La Stratégie. In an item which mentioned neither Fahrni nor any other player, Michel A. Tossizza gave an extract from his 1910 book Etude explicative d’une partie d’échecs. Le Gambit Evans. 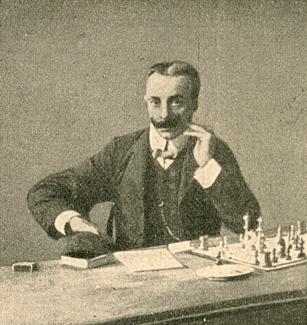 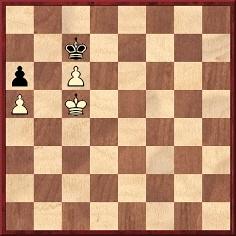 This ending is usually published in books with the caption ‘Fahrni-Alapin’ (see pages 42-43 of A Chess Omnibus), but we are grateful to Anssi Korhonen (Helsinki) for pointing out that the position appeared in Emanuel Lasker’s Common Sense in Chess. Depending on the edition, the page numbers are 108-110, 108-109 or 126-127. The first of these references relates to the original edition of 1896.

‘White has two chances of winning, the one based on his passed pawn, the other on the weakness of the black RP. The black K occupies at present a position of advantage in regard to both. This is changed by the following manoeuvre:

Now the move is changed, and White wins easily; or

and mates in a few more moves.’

Christian Sánchez (Rosario, Argentina) notes that the position was ascribed to Kling and Horwitz in Carlo Salvioli’s book Il giuoco degli scacchi. Our correspondent refers to page 546 of the third (1921) edition, and we can add that as late as 1961, in the eighth edition (page 742), the same text stood. Mr Sánchez points out, though, that on page 6 of Chess Studies and End-Games by B. Horwitz and J. Kling (London, 1889) the units were placed one file to the right: 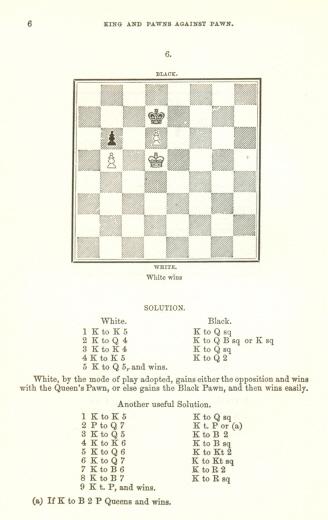 Regarding this position a number of points have been made:

Now we are grateful to Harold van der Heijden (Deventer, the Netherlands) for the following additional information: 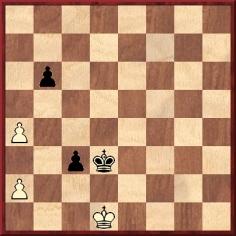 Addition on 9 April 2022: Courtesy of the Cleveland Public Library we show the full text by Michel A. Tossizza in his 1910 book Etude explicative d’une partie d’échecs. Le Gambit Evans, as well as that material’s appearance in the March 1911 issue of La Stratégie: