The present article considers two neglected figures of the past, Govind Dinanath Madgavkar and T.A. Krishnamachariar (or Krishnamachari).

‘I went up [to Trinity College, Oxford] in Michaelmas Term, 1890, and at once joined the University Chess Club, where the chief exponents of the game were G.D. Madgavkar, the brilliant Indian player, with his astonishing sight of the board, which enabled him to leave his own game and wander round, looking at others and passing acute comments on their prospects; and R.G. Lynam …’

On page 299 Sergeant wrote that Madgavkar was ‘now Sir Govind Dinanath Madgaonkar, Judge of the High Court in Bombay, and Acting Chief Justice when he retired in 1931’.

Finding games by Madgavkar is not easy, but here is one, played while he was at Oxford (Balliol College) and taken from pages 266-267 of the May 1892 Chess Monthly: 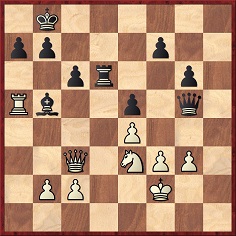 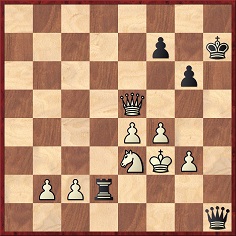 The BCM (May 1892, page 196) also considered White’s resignation to be premature, and it described Madgavkar as ‘a very original and ingenious player’.

So who was he? We are grateful to Balliol Library for providing biographical details from the Balliol College Register:

‘Born 21 May 1871, eldest son of D.V. Madgavkar, Maharastra Gand Saraswah Brahmin. Educated at St Xavier’s School, Bombay; Elphinstone College, Bombay (B.A.). At Balliol from Hilary Term 1891 to 1892. [Comment by the Library: as he already had a degree from Elphinstone, he must have done a short course at Balliol for the Indian Civil Service.]

Few nowadays may recognize the name of T.A. Krishnamachariar (1899-1956), but in his time he was highly praised for his chess writing and problem compositions, as well as for making a unique contribution to the development of chess in India. For example, in a feature on pages 31-33 of the January 1940 BCM T.R. Dawson wrote:

‘The Madras paper, the Hindu, has easily the largest chess “column” in the British Empire, for until the war caused some reduction in size it was often four, five or six columns long. But there was far more than mere size to give it importance, for T.A. Krishnamachariar has edited it with a brilliance and a knowledge very rare in newspaper chess. Without any shadow of doubt, he has succeeded in building around his fine work a flourishing school of young Indian composers whose work gains in strength every year.’

Dawson gave 12 of Krishnamachariar’s problems, including the following two-mover from the Indian Chess Magazine, 1931: 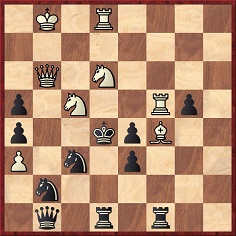 Under the heading ‘Memorial to a Great Indian’, M.R. Parameswaran wrote from Madras on page 73 of CHESS, 30 November 1956:

‘The late Mr T.A. Krishnamachariar, as you are no doubt aware, was for a quarter of a century the only link between chess life in India and the rest of the world. By his devoted service he made the Hindu chess column world-famous. But his greatest contribution to chess was the unification of chess life in India and the popularization of the international rules of the game, which are now almost universally accepted in India. This last task was more difficult than one might realize; more difficult than introducing chess to a non-chessplaying population. For in India chess has been played, for centuries, all over the country, but, alas, with the rules varying from district to district. To persuade these players to turn their backs on their traditional sets of rules and adopt the “European” rules has not been easy, and it is no small achievement to have succeeded in that task during a period when India was under alien rule, in economic poverty and political ferment with extreme nationalistic feelings running high.’

One of the few specimens of Krishnamachariar’s writing that we have seen is an article entitled ‘Adjournment Analysis’ which CHESS, April 1949 (page 168) reproduced from the Hindu, describing his output as ‘one of the finest chess columns in the world’.

Noting that Emanuel Lasker was 67 when he defeated Euwe at Nottingham, 1936, José Carlos Santos (Porto, Portugal) asks whether any even older player has ever beaten a reigning world champion under standard tournament or match conditions.

We add that Lasker’s famous win was discussed on pages 23-24 of the January 1937 Australasian Chess Review in an article by T.A. Krishnamachari. Its title, ‘Cross-Attack’, is a seldom-seen technical term. 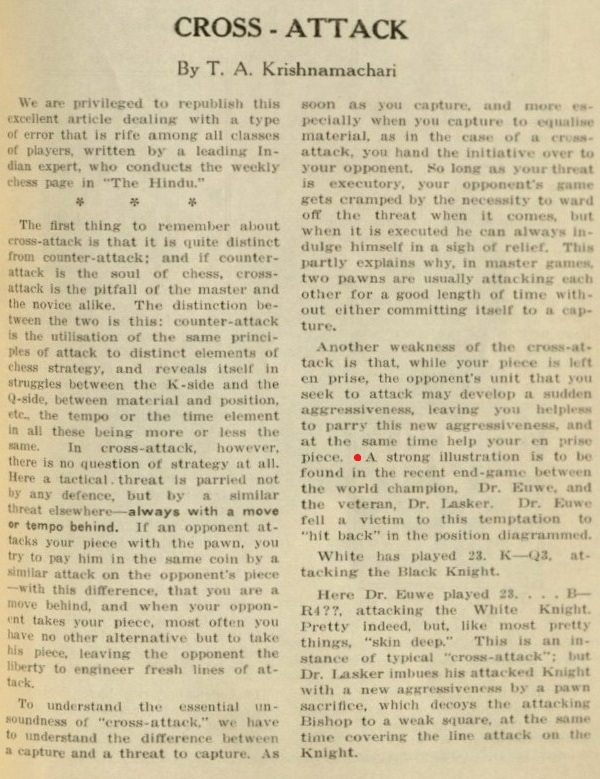 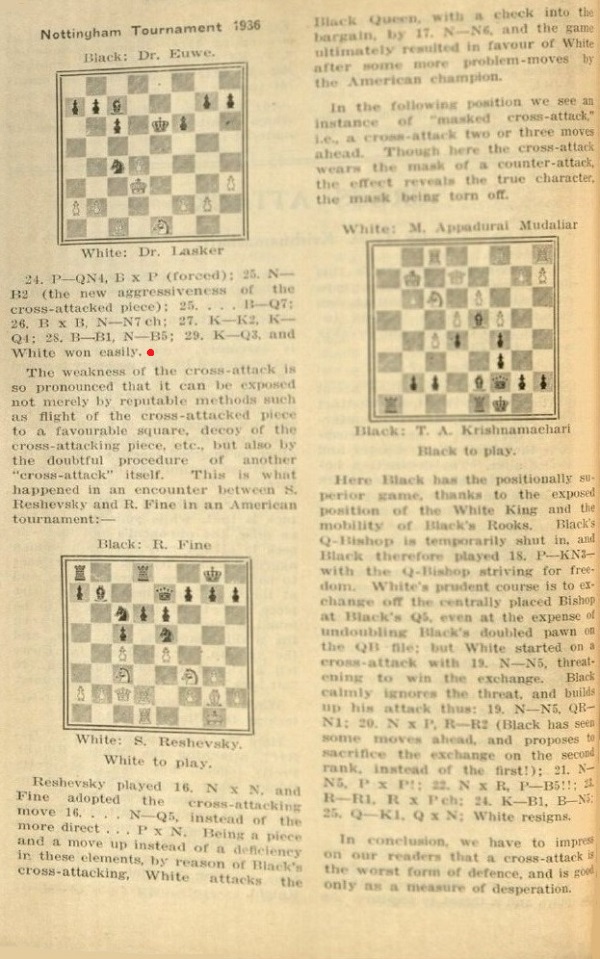 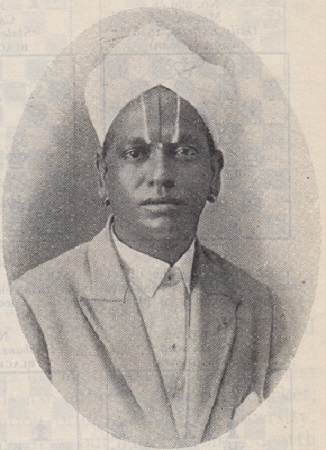 Impressed by the article entitled ‘Cross-Attack’ shown in C.N. 11020, Sean Robinson (Tacoma, WA, USA) asks to see more of the Indian author’s output in the Hindu. C.N. 3391 above referred to the difficulty of tracing his columns and mentioned one, ‘Adjournment Analysis’, reproduced on page 168 of CHESS, April 1949: 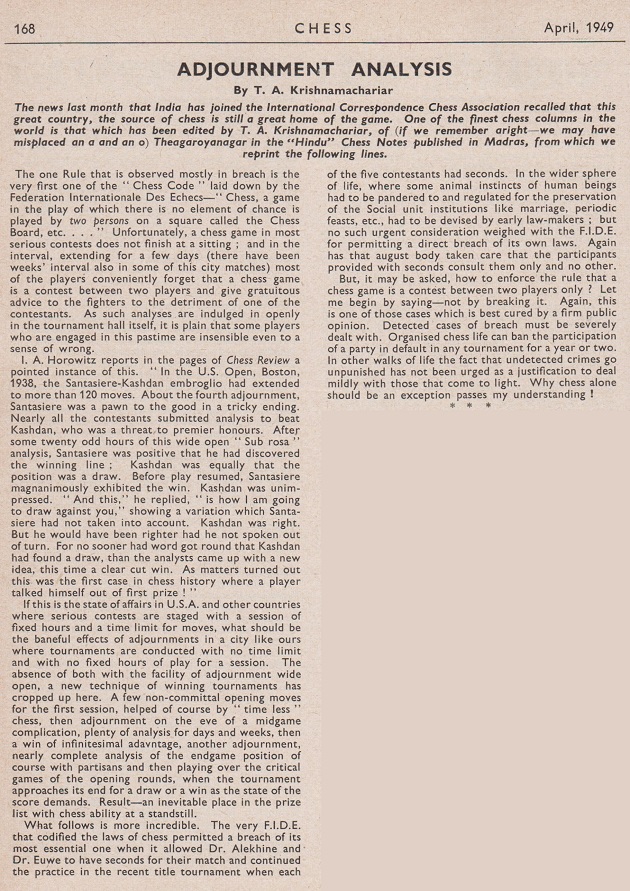 Page 8 of the Linlithgowshire Gazette, 1 January 1932 published a win by the Indian: 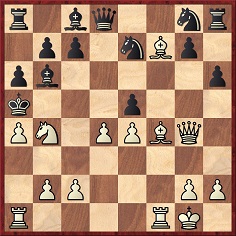 The only information about the game is that it ‘was given lately in La Vie Rennaise, we think, played in India’.