Jeroen van de Weijer is interested in the Paris Opening, 1 Nh3, and gives some interesting examples of its successes.

The idea goes back to Tartakower:

Regarding the Tartakower v Lilienthal game above, the following endnote is on pages 259-260 of Chess Explorations:

‘Readers interested in the history of irregular openings should get to know the work of Hugh Myers, who is undoubtedly the world’s leading authority on such matters. His little magazine, The Myers Openings Bulletin, has many interesting (and sometimes original) pieces of historical research on opening theory, and his book Exploring the Chess Openings is a minor classic.’


In an endnote on page 260 of Chess Explorations we mentioned that Tartakower wrote an article about 1 Nh3 on pages 333-334 of the November 1932 Wiener Schachzeitung.


Gunter Müller (Bremen, Germany) sends an extract from Exploring the Chess Openings by Hugh E. Myers. From this we learn that Amar was a Parisian amateur and does not, as Harding apparently guessed in Irregular Openings, mean Absolutely Mad and Ridiculous.

Since the opening 1 Nh3 is known as the Paris Opening, why not surrender to romanticism and play the move against the French Defence? Can it be that bad to begin 1 e4 e6 2 Nh3?

A further game is added here: 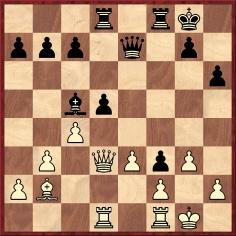