The Portuguese Opening by Edward Winter

We are grateful to Ronald Câmara (Fortaleza, Ceará, Brazil) for a copy of his book No mundo dos Trebelhos (Fortaleza, 1996). Among the interesting chapters is one on the Portuguese Opening (1 e4 e5 2 Bb5), with a welcome reminder that it was played by Schlechter against Teichmann in Vienna on 20 January 1904. (For the score see pages 469-470 of Warren Goldman’s book on Schlechter.) We add that page 34 of Brighton Chess by Brian Denman (Hove, 1994) stated that 1 e4 e5 2 Bb5 was also named ‘Butler’s Folly’ after Henry William Butler (1858-1935), though we have yet to come across any pertinent game-scores. 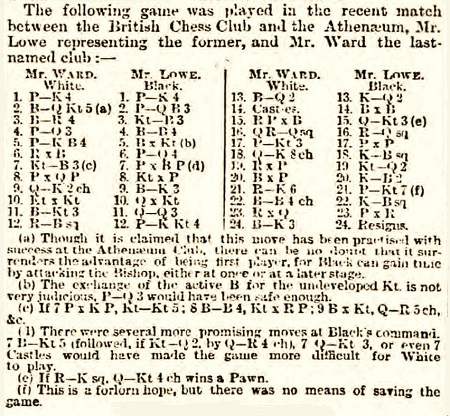 The ‘Portuguese Opening’ was discussed briefly in C.N. 2223 (see page 142 of A Chess Omnibus), and the following appeared in the Quotes and Queries column of Chris Ravilious on page 162 of the March 2004 BCM:

How long have the moves 1 e4 e5 2 Bb5 been associated with the name ‘Portuguese Opening’? The reference below, with a mention of ‘the Portuguese Revista de Ajedrez’ [sic], was on page 151 of CHESS, July 1943:

Can a reader send us what appeared in the magazine in question?

From page 240 of the July-August 1910 Wiener Schachzeitung: 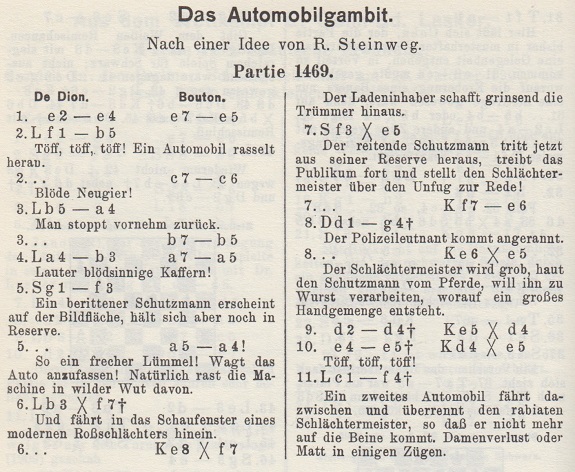 The feature was also published, with minor changes, on pages 59-60 of Deutsche Schachblätter, 15 February 1938: 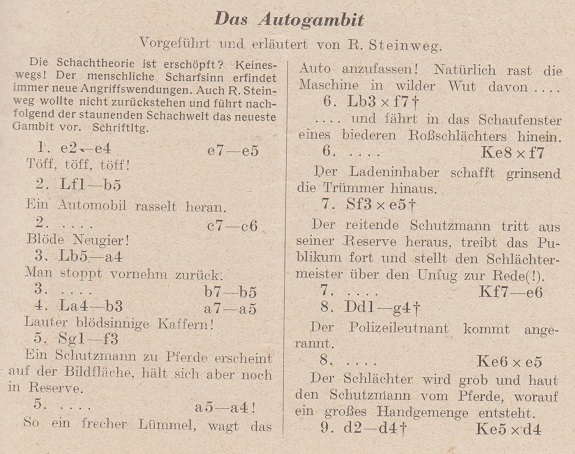 
Further to the reference by Chris Ravilious to Sneek v Leeuwarden (two cities in the Dutch province of Friesland), the difficulty of establishing a first-hand nineteenth-century source for that game is noted by Frits Fritschy (Marval, France).

In two books focussing on correspondence contests between clubs/cities, Carlo Alberto Pagni gave only a 1991 work as his source for the pair of games (beginning 1 e4 e5 2 Bb5 and 1 e4 e5 2 Bc4) between Sneek and Leeuwarden, which he dated 1865-66: Tweehonderdvijftig jaar correspondentieschaak in Nederland by L.C.M. Diepstraten (Venlo, 1991).

The Cleveland Public Library has sent us page 180 of Het schaakspel in Nederland by Antonius van der Linde (Utrecht, 1875): 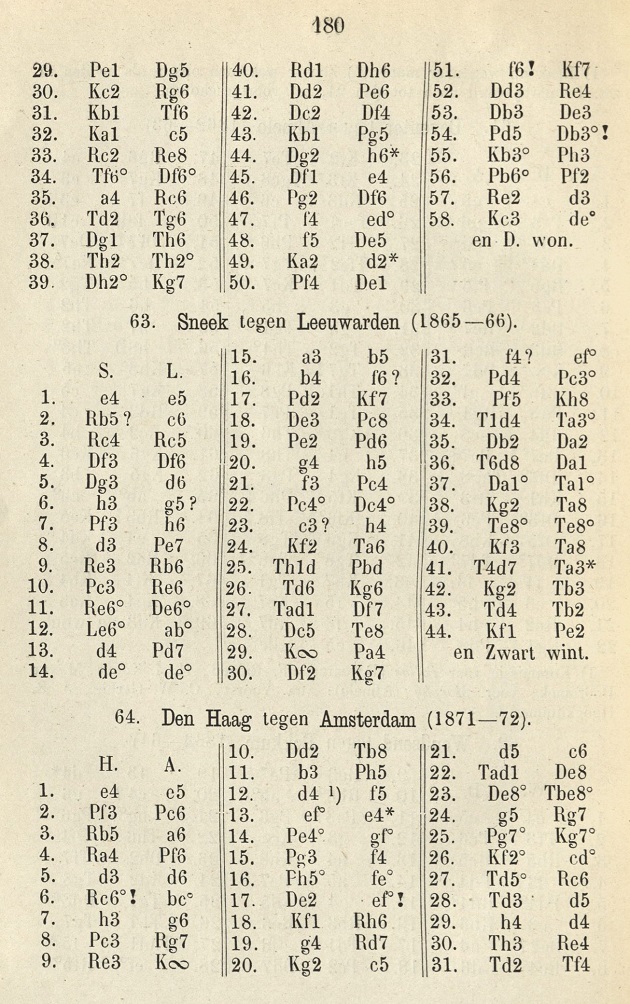