Information on chess book sales is rarely published. In a letter to the BCM (September 1932, page 402) John Keeble wrote:

‘In 1899 our much loved chess master, J.H. Blackburne, published his Games at Chess, selected, annotated and arranged by himself. This work was edited in an excellent way by P. Anderson Graham, and, I think, sold at ten shillings per copy. In August 1914 Mr Blackburne told me 3,001 copies of the book were printed, and up to that date 2,900 had been sold. The remainder were eventually disposed of, so that the book brought in £1,500, and must have made a profit.’

The author (‘S’) of an earlier BCM article then added to Keeble’s letter the consideration that the total royalties (presumably 10-15%) shared by Blackburne and Graham were thus not likely to have exceeded £150 or £225. In fact, the sums would have been smaller by one quarter; the selling price was 7/6 (BCM, December 1899, page 500).

Yasser Seirawan (Seattle, WA, USA) informs us that the book Bobby Fischer Teaches Chess (first published in 1966) has now sold over a million copies. The source of this information is the latest royalty statement received by a co-author, Stuart Margulies.

We have occasionally touched on the topic of chess book sales, but it would seem impossible to list authoritatively the best-selling titles, past or present. Is Fischer the only world champion to have a book sell a million copies?


From the back cover of The Official Blue Book and Encyclopedia of Chess by Kenneth Harkness (New York, 1956):

‘Mr Harkness is the co-author [with I. Chernev] of An Invitation to Chess – the largest-selling chess book in the history of the game.’

On page 129 of a recent (and decidedly ramshackle) book The Art of Bisguier by A. Bisguier and N. Berry (Hazel Crest, 2003) the former asserts that ‘the best selling chess book of all time’ was Gligorić’s work on the 1972 Spassky v Fischer match. Bisguier states that ‘the English-language version alone sold over 200,000 copies’.

‘The top selling chess book of all time is Lasker’s Manual of Chess.’

That is the entire item, the reader being offered not one word of corroboration or other information. So why would such an improbable claim be made? All we can say is that on page 198 of the 1984 edition of The Book of Chess Lists A. Soltis asserted that the Lasker book was the best-selling chess title of Dover Publications, Inc.

An addition comes from page 202 of The Sorcerer’s Apprentice by D. Bronstein and T. Fürstenberg (London, 1995), in a text by Boris S. Vainstein originally published in the February 1984 issue of 64:

‘David Bronstein wrote first of all about chess as an art. His book International Grandmaster Tournament, (Candidates’ Tournament, Neuhausen/Zurich 1953, T.F.) of which more than 300,000 copies were sold in this country alone, is not a collection of chess games with commentaries but a real literary work.’

The passage is on pages 226-227 of the revised and expanded edition of The Sorcerer’s Apprentice (Alkmaar, 2009).

Frank Brady (New York, NY, USA) wonders whether his new biography of Bobby Fischer, Endgame, is the first chess book ever to enter, upon publication, a bestseller list (number 31 on the New York Times list).

He informs us that editions of his earlier Fischer work, Profile of a Prodigy, have sold more than 100,000 copies over the years. Back cover of the dust-jacket of Profile of a Prodigy (London, 1965)

‘One of the chess books of the century’ was discussed by C.J.S. Purdy on page 140 of Chess World, 1 June 1948. ‘We have searched for some fault so that our review should not be all praise, but we have searched in vain. No, we must congratulate the authors on a brilliant idea executed with meticulous attention to every detail.’

‘... the ordinary beginner’s book plunges into a slough of dull verbiage. But how can you explain chess without words?

Well, the miracle has been accomplished as far as is humanly possible in Invitation to Chess by Kenneth Harkness and Irving Chernev.’ An Invitation to Chess was also published by Faber and Faber Limited, London in 1947.

The inside front cover of the October 1972 CHESS stated that three books on the Spassky v Fischer match, by Alexander, Gligorić and Horowitz/Reshevsky, ‘were on sale in Britain within a fortnight of the close of play’. Alexander’s was considered the best: ‘There is ten times as much really original analysis as in the other two books put together.’

‘I question your remark that there are three books in English on the Reykjavik match. There is a fourth, How Fischer Won, by me (echo of my 1935 book How Euwe Won). Fantastically, it was already out of print (a 14,000 edition) when your October number appeared. It went out of print in one week. The only batch sent to Europe was 100 copies airfreighted to Skopje. They did not arrive and have not yet been traced. A much revised and augmented version will have been printed when you receive this, re-titled Genius Crowned.’

We are aware of no publication by Purdy of that name.

Purdy brought out an eight-page supplement, Post-Mortem 1976 to Fischer-Spassky 1972. A sample page:

The University of Massachusetts Amherst holds a memorandum dated 29 November 1972 written by Mark H. McCormack, the founder of the International Management Group. He had been informed by Stanley Rader of receipt of ‘$200,000 in royalties since the Iceland chess match on Bobby’s eight-year-old book’.

The respective publication dates of Bobby Fischer Teaches Chess and My 60 Memorable Games were 1966 and 1969. 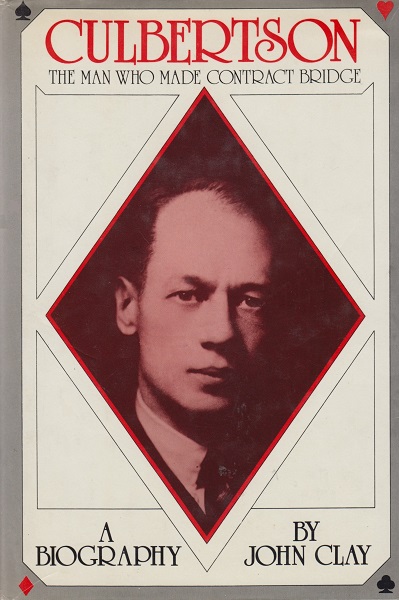