The present article complements Chess Openings and draws together a miscellany of C.N. items which have discussed seldom-seen openings.

Should the following game be labelled ‘The Immortal Damiano’ or, perhaps, the only good Damiano ever played?

A new book from the USA provides the largest collection yet of Fischer’s games (942, most with brief notes): Bobby Fischer: Complete Games of the American World Chess Champion compiled and edited by Lou Hays. The section on simultaneous encounters offers a number of surprises, such as a game in which Fischer was held to a draw against Damiano’s Defence:

As always in such cases, we wonder how much knowledge the master had, and needed, of this historical background.

Play the St George by Michael Basman (Pergamon Press) contains a fascinating chapter (pages 98-106) on the occasion when a player named J. Baker played 1 e4 a6 against both Blackburne and Steinitz on the same day. We need not repeat the games here since they also appear on page 414 of the September 1982 BCM.

What surprised us in Basman’s book was to find no reference to the fact that 1 e4 a6 has also been known as the Ryan Opening. According to the Dictionnaire des échecs the attribution derives from a game Mackensie [sic] v Ryan, 1884. Without having the score to this game, or information about the occasion, we guess that White was G.H. Mackenzie (1837-91), a Scotsman who emigrated to the United States in the 1860s, and that Black was John S. Ryan, listed in Gaige’s USA Personalia as ‘fl. 1890s in New York’.

It may be noted too that 1 d4 a6 was even played in the great St Petersburg tournament of 1914; Rubinstein v Gunsberg – White won in 34 moves. [Detailed material by Myers is quoted in the Basman book.] See also the August 1977 BCM, page 379. As regards nomenclature, Baker’s Defence seems far the best choice. The reasons for dragging in St George are paper-thin, but it is probably too late now to drag him out.

John S. Hilbert (Amherst, NY, USA), who is preparing a book on G.H. Mackenzie, has sent us the following game-score:

1...f6 must be one of the very weakest replies to the king’s pawn opening, yet occasionally it is seen in master praxis. Barnes won with it against Morphy in 1858, although the move failed to serve him well against Anderssen in London four years later. The next occurrence of 1 e4 f6 that we have been able to find is Marco-Winawer in the fifth round of the Berlin, 1897 tournament. White won in 61 moves. Any others?

‘A recent issue of Shakhmaty (Riga) reports on a thematic correspondence tournament in 1981-83 in which all the games started 1 d4 f6. The correspondent S. Grodzensky suggests that the critical continuation is 2 e4 e5!? 3 dxe5 Bc5 4 Bc4 Qe7 5 Bxg8 Rxg8 6 Nf3, when White’s position is preferable.’

An endnote on page 260 of Chess Explorations:

1 h3 is known as the Clemenz Opening. Hermann Clemenz used it in a miniature played at a six-board blindfold exhibition in St Petersburg in 1873 (La Stratégie, 15 February 1881 page 52).


The euphemistic term ‘Irregular Opening’ hardly does justice to White’s freakish path to a speedy victory:

On the subject of irregular openings, we note the following by Eugene Delmar:

An endnote on page 261 of Chess Explorations:

Stefan Bücker (Nordwalde, Germany) has provided an earlier publication of the Bleis-Alber game: page 71 of the 24 July 1988 issue of Karl.

The following game, which appeared in the chess column of the Cincinnati Commercial in 1881, is notable for a bizarre third move (claimed at the time to be a unique occurrence) and the sacrifice of all White’s king-side pawns by move six.

The game was also published on page 262 of the Chess Player’s Chronicle of 31 May 1881. That source specifies that the winner, I.E. Orchard, christened his third move the ‘Palmetto Gambit’ in honour of his native state, South Carolina. In a letter on page 290 of the June 1881 issue of the Chronicle F.V. of Southsea reported that he had played White in a game beginning 1 e4 e5 2 f4 exf4 3 g3 fxg3 4 Nf3; after 4…d5 5 exd5 Qxd5 6 Nc3 Qe6+, he was two pawns down and his attack had been neutralized. On the same page, another correspondent, J.S.E. of Liverpool, pointed out that far from being a novelty, 3 g3 was ‘noticed curtly’ on page 392 of the most recent edition of the Handbuch. The continuation given was 3...fxg3 4 hxg3 d5, and ‘Black has the better game’. The Chronicle sniffily suggested that ‘the “newly invented gambit” is meant as another of those practical jokes for which our American cousins are so justly celebrated’.

A game from the chess column (by Mrs Rowland) in The Warder of 21 December 1889:

The shortest game on record.

Played in Dublin in 1867, Black giving the odds of KBP.

‘The following game was played in the spirit of burlesque. And why not? Is it wicked to play chess light-heartedly? My opponent requested that his name, as conductor of the black pieces, be not handed down to posterity and I am sure nobody will blame him!

(Now White announced mate in six moves and I want you to find out how it was done.)’

In the following issue of CHESS (14 June 1936, page 365) a reader, Mr Raymond of Weymouth, pointed out an alternative mate in six in the final position, starting with 12 Qe5+, but that page contained a worse affront to Alekhine’s satisfaction with his play: S.G. Luckcock showed that at an earlier stage the former world champion had missed a much quicker mate. As indicated on page 396 of the magazine, after the first diagram above Alekhine could have played 10 Qe5+ Bf5 11 Qxf5+ Kh4 12 g3 mate. If 10…Kg4 12 h3+ etc. and if 10…Kh4 11 g3+ etc.

Alekhine did not give the date or venue for this game, but on page 556 of the Skinner/Verhoeven book on Alekhine these were specified as ‘the Café Schneider, Mödling, 24 March 1936’.

This game was published on page 90 (misnumbered 80) of the Chess Player’s Chronicle, 20 August 1884, being taken from the New York Clipper: 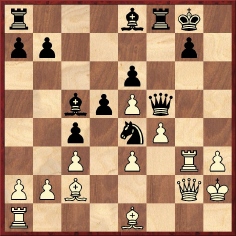 On page 313 of the July-August 1934 issue of Les Cahiers de l’Echiquier Français Tartakower wrote that Barnes’ Opening (1 f3) could gain recognition if two ‘arbitrary’ chess rules were abolished: the double pawn-move and castling.

We note that some two years previously Morelli had played the same opening, with less success: 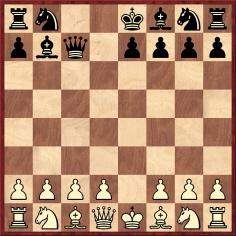 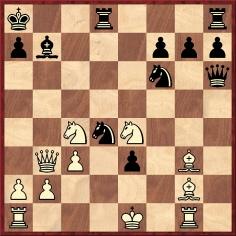 Our source is pages 74-75 of the May 1921 Schweizerische Schachzeitung: 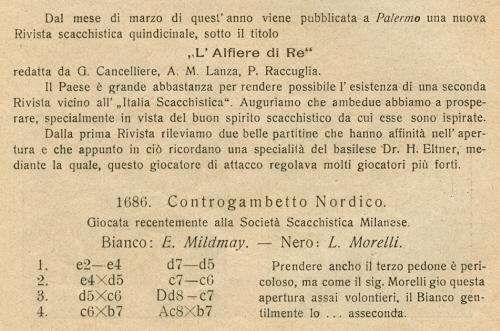 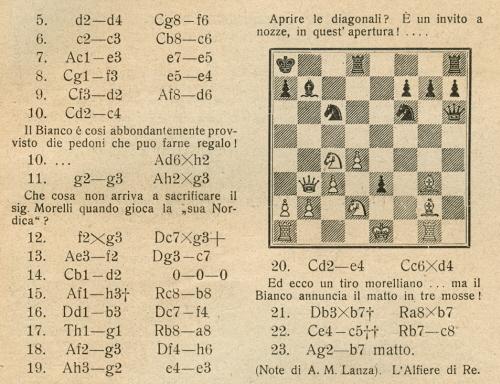 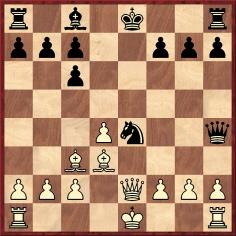 ‘One popular character at Purssell’s is Mr Manley, a good old Purssellite, who is best known by his “rat” openings (P to Kt3 and B to Kt2).’

It was not specified whether the moves were played by him as White and/or Black. Below is an entry on page 170 of the Dictionary of Modern Chess by Byrne J. Horton (New York, 1959):

Whether Fischer did ‘once’ dub the opening in that way (publicly) seems unclear. The only reference that we can offer is from a game annotated by him on pages 44-45 of the February 1964 Chess Life:

The game-reference in the first paragraph after 4...c6 is also notable.

Fred Brown acquired some fame for playing 1 g4. A well-known game is his 27-move win against Louis van Vliet, London, 1904. From page 8 of the Manchester Courier and Lancashire General Advertiser, 13 August 1904: 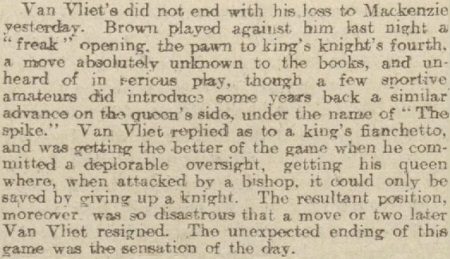 1 g4 had also been played by Fred Brown against Amos Burn in the Midland Counties Congress in Birmingham in 1899. The game, which Brown lost, is on pages 533-534 of Richard Forster’s monograph on Burn, with notes from the Birmingham Daily Post, 11 April 1899.

Another score from the same tournament: 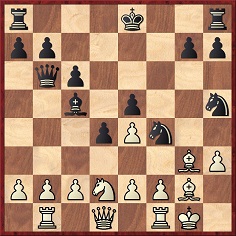 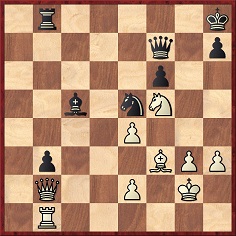 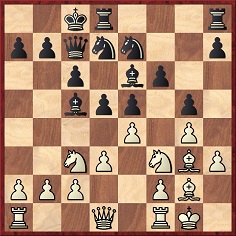 ‘No first move can be bad.’ 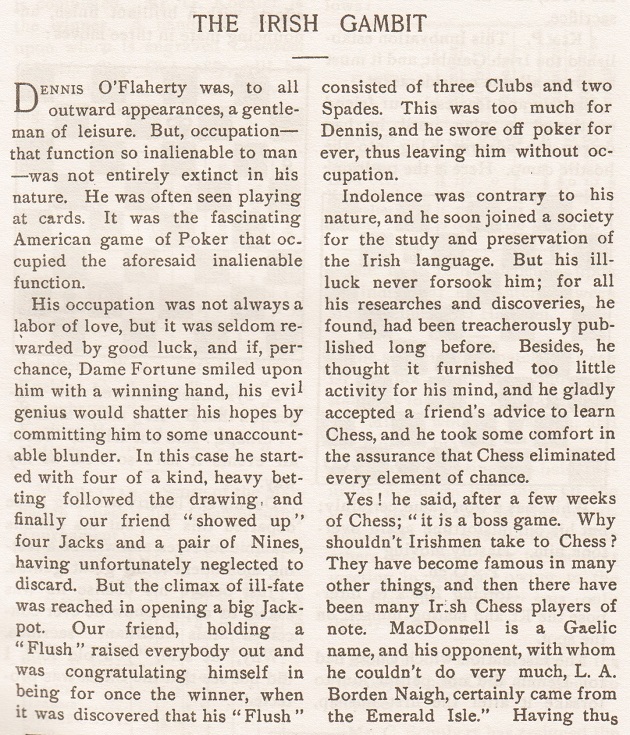 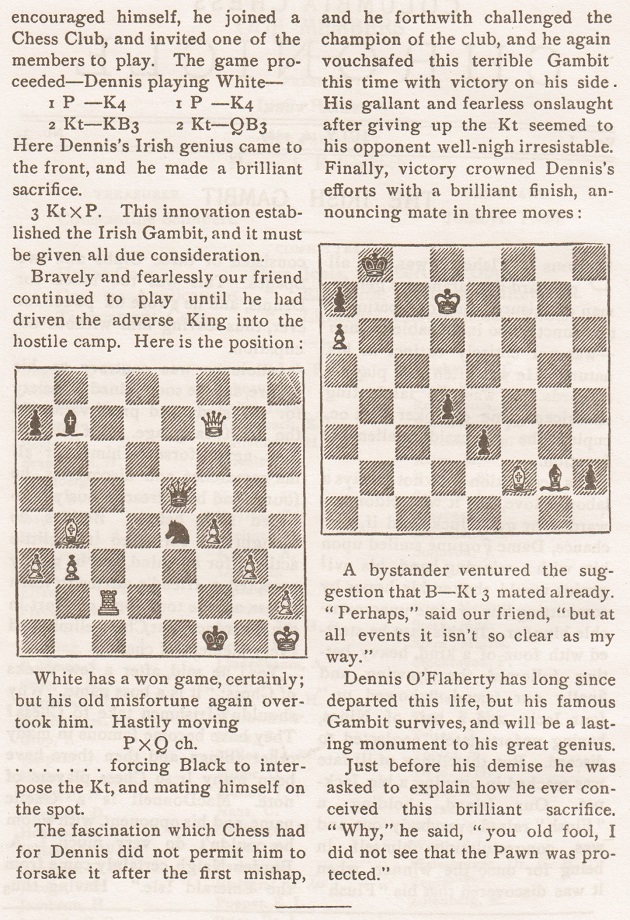 On 15 September 2002 Hugh Myers (Davenport, IA, USA) sent us his win against Jason Juette in Iowa City earlier that month: 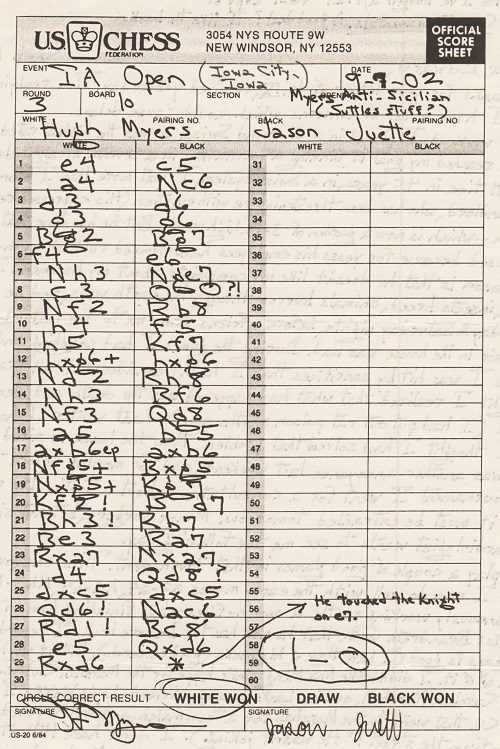 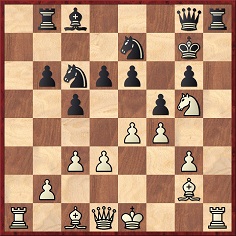 Overleaf, Hugh Myers, who was aged 72 at the time, commented to us that the game ‘... shows again that I can do well with the early moves a2-a4, h2-h4, Nh3-Nf2-Nh3, and then simultaneously working on the a and h-files – but finishing him on the d-file’.