This position occurred at the end of a game between Alekhine (White) and Joaquim Val[l]adão Monteiro at the headquarters of the Brazilian Chess Federation in Rio de Janeiro on 31 May 1939. Alekhine declared it drawn, and on pages 78-79 of his book Dicionário Brasiliense do Jogador de Xadrez (Rio de Janeiro, 1956) Black gave the following analysis by Eliskases (our translation from the Portuguese):

We note that Eliskases made no mention of 7 Ng6+ (as an alternative to 7 Nxh5).

Now, though, we have a doubt about the spelling of his name: were we correct to put ‘Valadão’, or should it be ‘Valladão’? In the Dicionário Brasiliense do Jogador de Xadrez the former version appeared in print throughout, including the front cover (see below) and the title page, yet twice his name was handwritten ‘Valladão’ (i.e. under his portrait and at the end of the Preface): 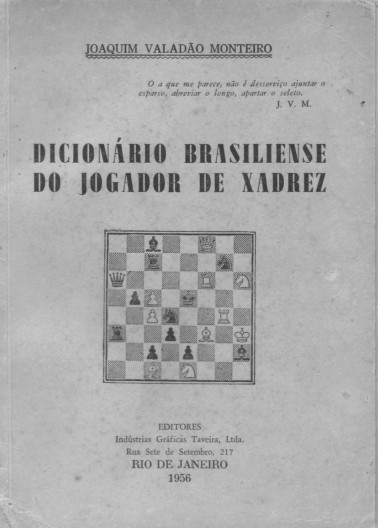 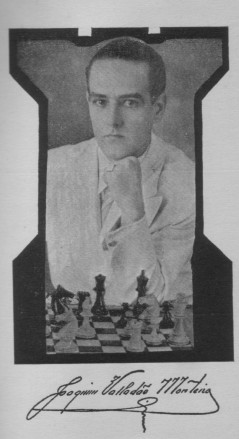 
Michael Syngros (Amarousion, Greece) has submitted documentation (including the front cover of a later book, Glossário Caissiano (Rio de Janeiro, 1961), as well as personal stationery) which seems to present an overwhelming case for the spelling ‘Valladão’: 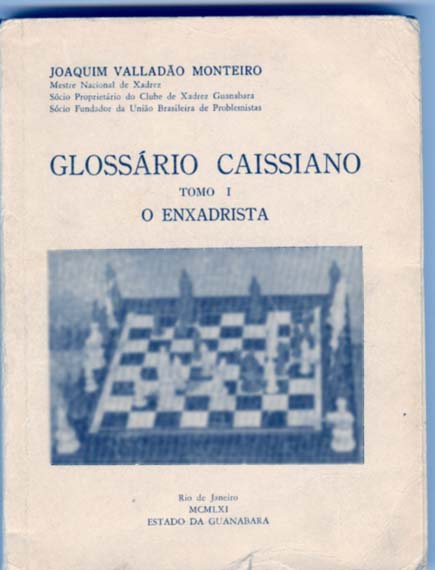 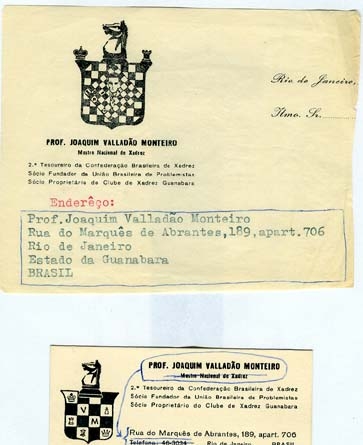 We now see that the double-L spelling was also used by L’Echiquier in 1932 when publishing problems by him. 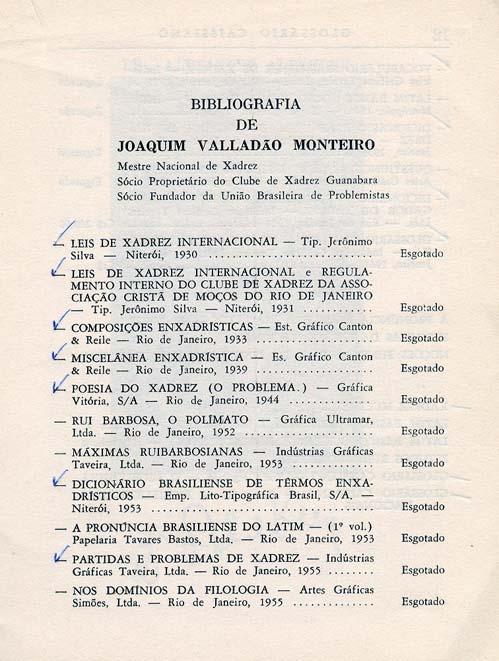 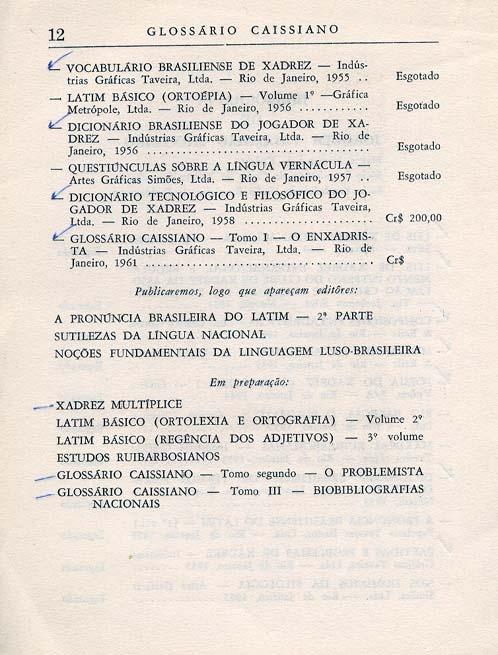 The blue marks above have no significance.

He was born in Rio de Janeiro, but the exact date is uncertain. Page 955 of the May-August 1993 issue of the Boletim da Uniao Brasileira de Problemistas gave 15 October 1907, but a passage quoted on page 8 of his 1933 book Composições Enxadristicas stated that he was born on the eighth day of an unspecified month.

The book included this caricature: 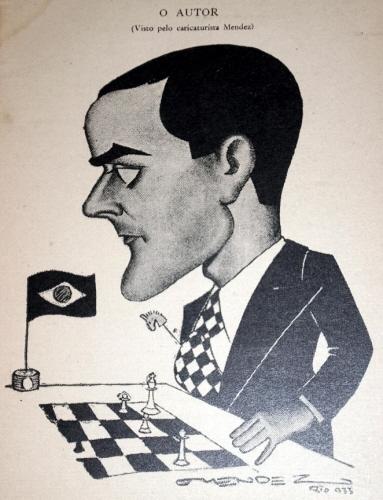 Further details about his death, in 1993, are also proving difficult to find.

Our correspondent notes that Valladão Monteiro wrote over 60 books, mainly on chess but also on poetry, Latin and literature (although nothing on medicine, which he studied in his youth).

It may be recalled that C.N. 3884 gave a photograph of him, from his book Dicionário Brasiliense do Jogador de Xadrez (Rio de Janeiro, 1956).


Eduardo Bauzá Mercére (New York, NY, USA) refers us to a photograph of Alekhine on page 83 of the June-July 1939 issue of Xadrez Brasileiro: 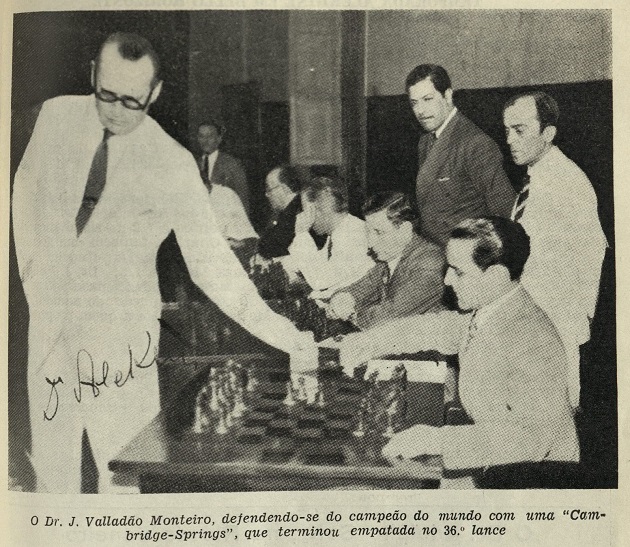 The above is the best-quality scan that we are able to show, with the assistance of the Cleveland Public Library.


See too the article Valladão’s all-promotion study by Siegfried Hornecker.