The moves 1 e4 c5 2 b4 go back to the seventeenth century (Greco), but at least two more recent masters have claimed parenthood. On pages 232-233 of Chess Novelties (London, 1895) Bird gave this game under the heading ‘Bird’s Wing Attack’:

Marshall too was to seek credit. On page 120 of his book Chess Masterpieces (New York, 1928) he wrote of 2 b4: ‘I believe this move is my own invention. It may not be absolutely sound, but it always leads to an interesting game, affording plenty of opportunities for attack.’

This may be contrasted with Napier’s low opinion of the opening (given in Lasker’s Chess Magazine, March 1906, page 211):

‘Known “to the Trade” as the wing gambit. It is easily defined as capital offence against common sense in chess. It is comparable with pitching one’s young to the crocodiles, so the devil may not get them. Black justifiably puts the pawn in his pocket. If out of the troubled waters that ensue he fishes nothing, it is because he fishes ill in the shallows.’

In his annotations, which the BCM reproduced from the Brooklyn Daily Eagle, de Visser called 2 b4 the ‘Garrat Wing Gambit’ (on what grounds?). He thought that at move 12 Shipley was ‘a little too enterprising’ and that Black could have secured an even game with 12…Be6. After the game Shipley acknowledged that he had missed 15 Qf4, believing 15 Qb3 to be forced. De Visser considered that 16…Qd4 would have been better than 16…Qc7 but he also criticized his own 19th move, calling 19 Qf6 ‘much more conclusive’ (e.g. 19…Be7 20 Qh8+ Kxh8 21 Nxf7+ Kg8 22 Nh6 mate).


Per Skjoldager (Fredericia, Denmark) provides the following report from the Rigasche Zeitung of 10 February 1912 (new style):

‘On 22 January 1912 the American chessmaster gave a simultaneous display in the Pernauer Schachklub (+22 –0 =1). On 25 January there followed an exhibition in the Rigaer Schachverein (+23 –2 =10). On 26 January Marshall played a serious game against the local master A. Ni[e]mzowitsch which ended in a draw after interesting play. On 27 January, in the Mitauer Schachklub, Marshall won all 18 games. On 28 January a small display was given in the Rigaer Börsen Café (+12 –2 =1).’

Our correspondent also supplies this game: 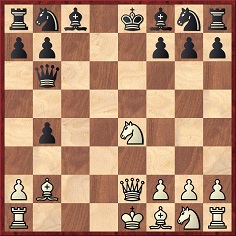 ‘On pages 68-69 of A Chess Omnibus the article “Wing gambits” presented the game W.M. de Visser v W.P. Shipley, Manhattan v Franklin Team Match, 30 May 1900 with annotations by de Visser from the September 1900 BCM (taken from the Brooklyn Daily Eagle), which called 1 e4 c5 2 b4 the “Garrat Wing Gambit”. You asked what the grounds were for this name, and I now have a possible answer.

“In this game, de Visser plays the Full-Wing. As far back as Greco, the move P-QR3 is thematic in the Wing Gambit, but it was not played immediately on the third move until the end of the 1800s. In his notes to the game, de Visser makes the comment that this opening is known as the Garrat Wing Gambit, and played quite often by H.E. Bird. Although de Visser mistakes the old German script S (for Sarratt) for a G (which it looks like), at least by the turn of the century it was recognized that Bird was merely an advocate of the opening, and not its discoverer.”

“1813 – J.H. Sarratt. In this book, Sarratt translates chess treatises by Damiano, Ruy López, and Salvio, and augments this material with his own analysis. As an appendix to this work, Sarratt includes four games from the 1623 Greco Manuscript ...”

Romeo’s explanation appears to be his own assessment, as he gives no source, but it is plausible.’

Contrary to appearances, the game was played, on 25 January 1911, in a serious event: the national tournament in New York. From page 50 of the March 1911 American Chess Bulletin:

‘Capablanca lost only one game, in the fourth round, when he was opposed to R.T. Black, of Brooklyn. Against him, Capablanca, before he had really settled down to serious work, played a gambit variation of the Sicilian Defense, a course he had reason to regret. It was surprising to find Capablanca, after six games, with a score of 3½ to 2½, yet such was the case and it required six successive wins in the remaining rounds to enable him to get as close to Marshall as he did.’

The same issue (pages 56-57) had the game against R.T. Black, with annotations by Walter Penn Shipley: 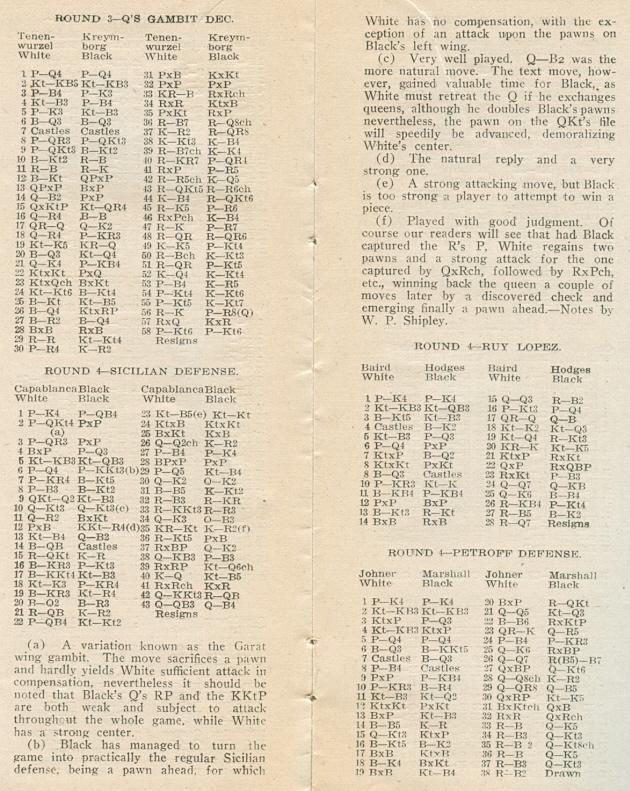 Among the few books to have annotated the game are Capablancas Verlustpartien by Fritz C. Görschen (Hamburg, 1976) and the first volume of the ‘Chess Stars’ anthology on Capablanca (Sofia, 1997).

The Cuban, for his part, gave this account towards the end of Chapter IV of My Chess Career (London, 1920):

‘In the winter of 1910-1911 I made another tour of the US. A tournament was arranged in New York, which I entered with the idea of practising for the coming tournament at San Sebastian. The New York tournament started in January. I rode on a train 27 hours straight from Indianapolis, the last city of my tournée, to New York. I arrived at nine in the morning and had to start at eleven the same day, and play every day thereafter. I was so fatigued that I played badly during the first part of the contest. Half of it was over and I was yet in fifth place, though the only opponent of real calibre was Marshall. I finally began to play better, and by winning five [six, in fact] consecutive games finished second to Marshall.’ 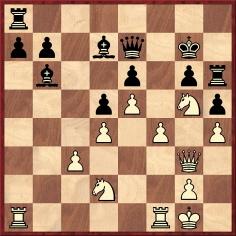 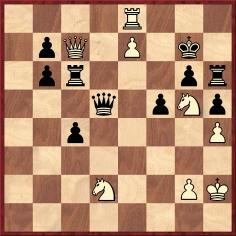 Buerger defeated Alekhine at Margate, 1937 in a game which featured ‘the worst blunder ever seen on a chessboard’, according to Irving Chernev on page 77 of Wonders and Curiosities of Chess (New York, 1974). The game was presented with notes (‘based on post-play analysis and discussion by the contestants themselves’) on pages 281-283 of CHESS, 14 April 1937, with the sequence 36...Qxf4 37 Nxe4 described as ‘probably the most incredible double oversight in the history of first-class chess’.

Relatively little information is available at Buerger, who died in 1996 (BCM, May 1996, page 259). He was the subject of a tribute article by William Winter on pages 302-305 of CHESS, 14 April 1936, which included Buerger’s win over Bogoljubow at Scarborough, 1927 and referred to his victories against Colle and Réti. It was noted too that ‘Buerger, der Ideenreiche’ was Tartakower’s phrase in Neue Schachsterne (Vienna, 1935); see pages 14-18, which include Buerger’s short victory over Sir George Thomas at Hastings, 1926-27. 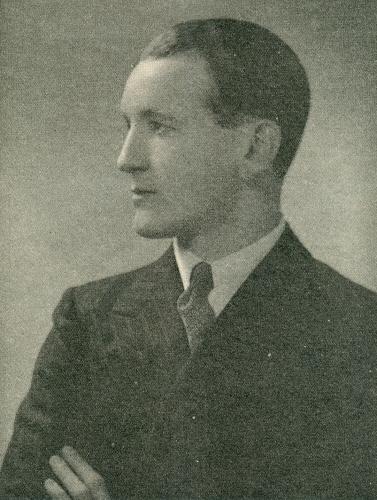 An interesting claim made by William Winter on Buerger’s behalf: 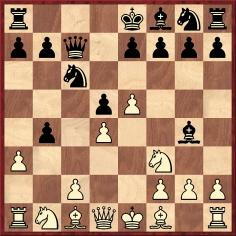 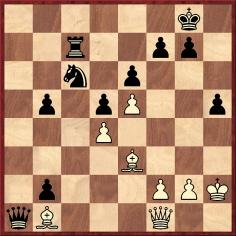 The game may be found in databases with White’s 14th move given as 14 Rab1, but both our sources state that the king’s rook was moved. 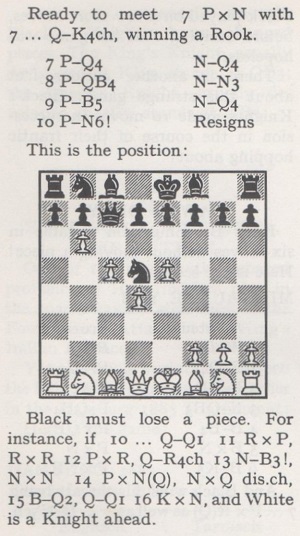 Regarding Kujoth v Fashingbauer, we have received the following from Mark Erickson (Richland, WA, USA):

“When the game was published, some Europeans laughed at the rather obvious hoax ...” (Soltis cast particular doubt on Black’s name.)

The letters column on page 6 of the August 2009 Chess Life printed a reply from Kujoth. He reported that his book Chess is an Art had two games against John Fashingbauer, and he made some odd statements:

In his response on the same page of the August 2009 Chess Life, Soltis gave a 28-move version of the Sicilian Defense game supplied by Kujoth (“his original handwritten score of the game”). The issues of Chess Life can be read on-line.

Nonetheless, in his own book, Chess is an Art, published much earlier, Kujoth himself had stated that Black resigned at move ten. From pages 106-107: 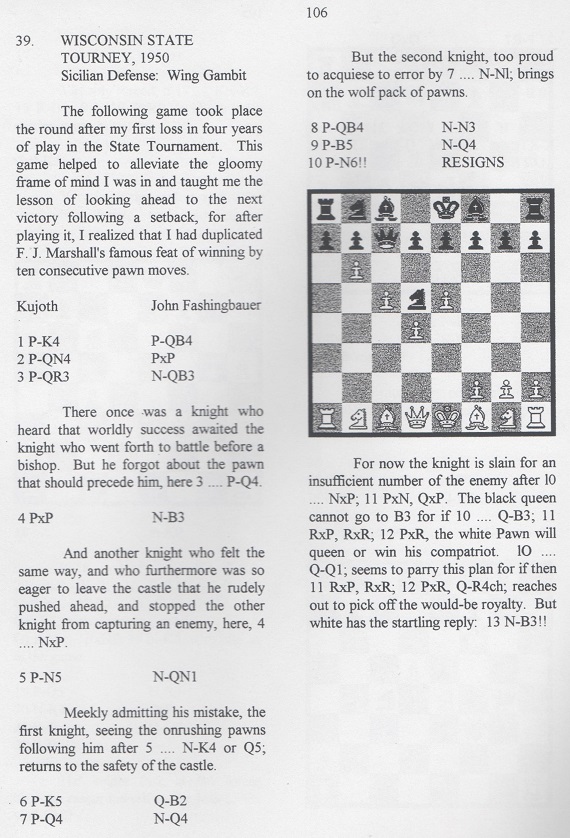 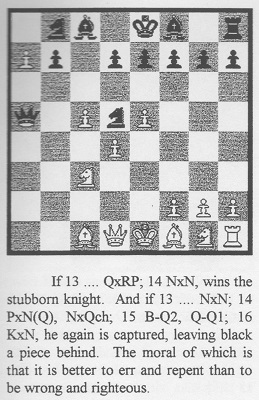 Moreover, in his Introduction to the book Kujoth referred approvingly to two works, by Chernev and Sokolsky, which had given the ten-move version.

Why did Kujoth change his position in 2009, denying that the game had lasted only ten moves?’

The title page of the book referred to by Mr Erickson: 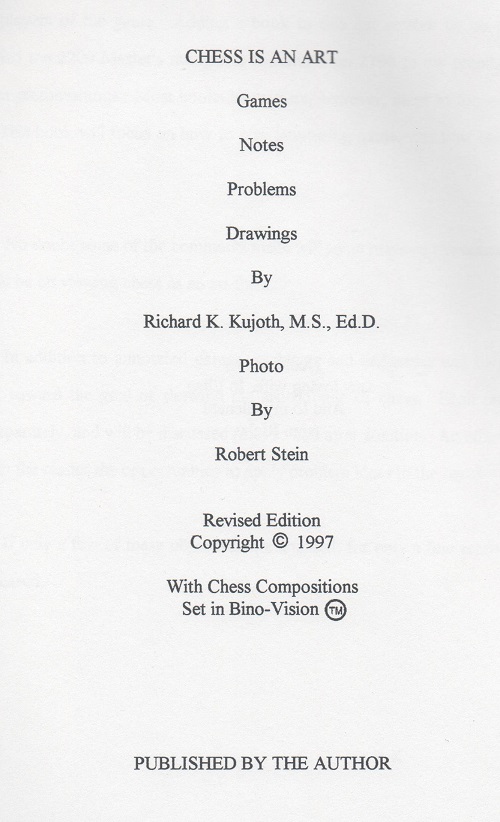 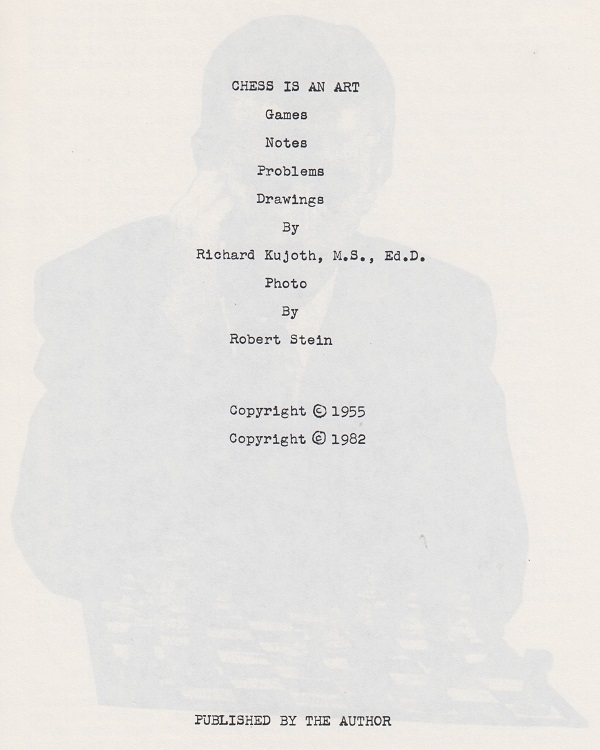 The 21 May 1950 Milwaukee Journal column has yet to be found.