We own a number of books in which Svetozar Gligorić kindly wrote lengthy (personal) inscriptions. One example:

In his final e-mail message to us, dated 22 May 2012, he mentioned that he was particularly busy and that, as a writer of music and lyrics, he was hurrying to publish his second album in July.

‘The above photograph bears witness to my memory of Svetozar Gligorić. (I am seated on the far left. He has just made his move on my board, and I am recording it.) The simultaneous exhibition took place in Livonia, MI on 28 March 1971. I was very fortunate to win my game, and what I most remember from that day was not the victory but rather that his resignation, his congratulations and his offer to sign my score-sheet were as gracious as can be imagined. He was a true gentleman.’


The following is among a set of photographs from the Illustrated London News forwarded to us by Olimpiu G. Urcan (Singapore): 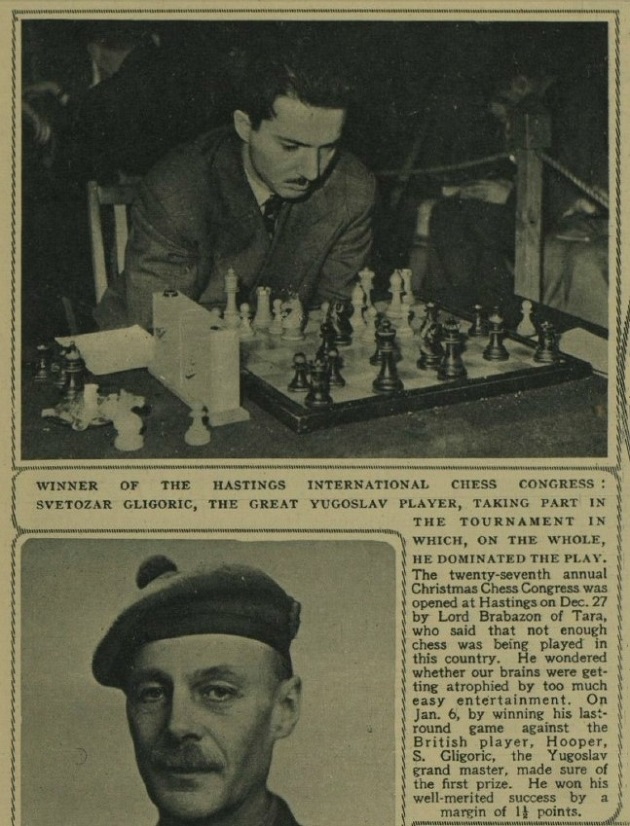 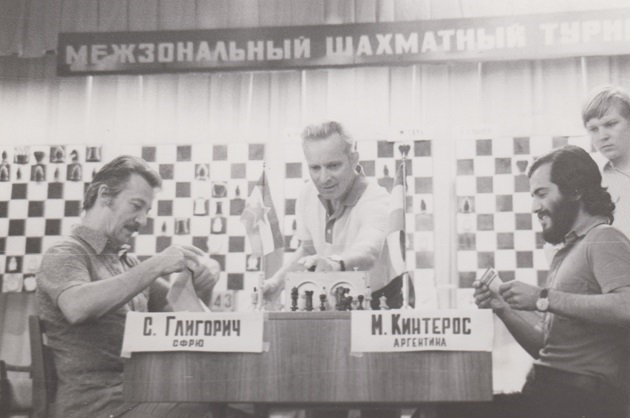 
Concerning the role of Gligorić in the Termination, which are the best sources of information published in the Yugoslav press of the time?

Our archives contain (received from a third party many years later) a broad overview by Dragoslav Andrić which may serve as a basis, although it requires factual and linguistic verification throughout: