Repetition of Position or Moves in Chess

John McCrary (West Columbia, SC, USA) draws our attention to his article ‘The Evolution of Special Draw Rules’ on pages 26-27 of the November 2004 Chess Life, with particular reference to his theory about the ‘triple-occurrence draw rule’:

‘My theory is that it was created during the course of the London 1883 International Tournament.

The rules for London 1883 included the following: “The Chess rules adopted for the Tournament are the International Code as laid down in the last edition of the German Handbook, with the addition that if a series of moves be repeated three times the opponent can claim a draw.”

This is not the same as the modern triple occurrence rule, because it refers to a repeated “series of moves”, not to positions. But it introduced the idea of three times being sufficient to claim a draw. Earlier suggestions of a repetition rule had not specified the number of repetitions.

The rule, however, was ambiguous. The meaning of a “series of moves” depends on the position; the same moves may have totally different effects if they are made in positions that differ only slightly.

Thus, after the tournament the rule was perfected by giving it the following wording: “If the same position occurs thrice during a game, it being on each occasion the turn for the same player to move, the game is drawn.” That is essentially the modern rule, since it refers to positions, not to moves. It also does not require that the positions be consecutive. The tournament book of London 1883 suggests that the perfected wording be used in future events.

Thus, one can see the creation of the triple occurrence rule at London 1883. The tournament had a rule, not found in previous codes, about repeating a “series of moves” three times. That rule was too vague, a sub-committee of the tournament defined the idea more precisely as part of a proposed new code, published with the tournament book for use in future international events. And that became the basis of our modern rule.

Why was the triple-occurrence rule created? It may have to do with chess clocks and time limits. That same London 1883 tournament pioneered a new type of chess clock with two clocks joined together in a single apparatus, as they are today. London 1883 also provided that the player exceeding his time limit forfeited the game. That rule was a relative novelty, as previously players were often only fined, not forfeited. In fact, time limits did not exist before the 1860s, and sandglasses were first used for timing the games before clocks were adapted for that purpose.

So the triple-occurrence draw rule may have been created partly because of concerns that a player might repeat moves to avoid time forfeits ...’

We have reviewed various texts up to the time of London, 1883. Many were airily drafted. For example, on page 21 of The Chess-Player’s Handbook Staunton stated that a game is drawn ‘where both parties persist in repeating the same move from fear of each other’, while on page 7 of Chess Praxis (London, 1860) he affirmed that a draw might result from ‘repetition of the same moves or the same line of play on either side’.

The first instance we have found of the number of repetitions being specified is in the ‘Schach-Ordnung’ on pages 345-353 of the September 1858 Deutsche Schachzeitung. Paragraph 39 on page 350 reads as follows:

Vague old rules of this kind may be regarded as nirvana for nitpickers. It should, though, be noted that if ‘twofold repetition’ means, as logically it should, threefold occurrence, the above text excludes a game such as 1 Nf3 Nf6 2 Ng1 Ng8 3 Nf3 Nf6 4 Ng1 Ng8, which is an example of the shortest such draw possible under today’s laws.

‘The rules adopted for the tournament are the American code as laid down in the book of the fifth American Chess Congress, with the addition that if the same moves or series of moves be repeated six times on each side either player can claim a draw.’

Our correspondent asks for more information about this reference to six-fold repetition.

‘The Chess rules adopted for the Tournament are the American Code as laid down in the Book of the Fifth American Chess Congress.’

The fifth congress had been held at New York, 1880, and the Code was given on pages 164-171 of that event’s tournament book.

The rules for the 1886 Steinitz v Zukertort match specified:

‘The games of the match shall be governed by the code of laws published in the last edition of the German Handbuch, with this exception, that, if both players repeat the same series of moves six times in succession, then either party may claim a draw.’

‘A draw can be obtained not only by repeating three moves, but also by one weak move.’

Wanted: further particulars about this remark. It was ascribed to Tartakower on, for instance, page 28 of Secrets of Chess Training by Mark Dvoretsky (London, 1991).


Jason Childress (Cambridge, MA, USA) asks about the 11th match-game between Zukertort and Steinitz, 1886 and, in particular, whether no ‘threefold repetition rule’ was in effect. 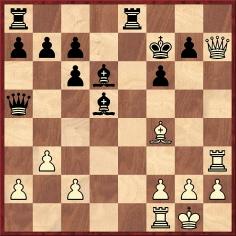 ‘The games of the match shall be governed by the code of laws published in the last edition of the German Handbuch, with this exception, that, if both players repeat the same series of moves six times in succession, then either party may claim a draw.’

‘Five full repetitions: gaining 10(!) moves. Keeping the letter but not the spirit of the law.’

‘[Zukertort] initiated a series of checks with the object of drawing by perpetual check. A repetition of moves was then resorted to by both parties, with different objects, although neither of them was absolutely confined to the tactics which he adopted. The same series of two moves were, however, made on each side by a sort of tacit agreement; for Zukertort, according to the rules, was entitled after six repetitions to claim a draw, which was all he could play for with a piece behind, while Steinitz, though he had some time to spare, wished to get over the 30th move in order that he should not be harassed by the time-limit in his deliberations for the purpose of working out a combination whereby he could secure winning the game without any danger. It was an extremely difficult task, as will be seen from the game and the appended analysis. But in reply to Zukertort’s sixth repetition of checks, Steinitz altered his course in a manner which, in a few moves, enabled him to slip out of all danger with his king, and to remain with a piece ahead.’

‘I have been looking at some world championship games from the early twentieth century, and I have a query about the repetition rule in force at the time. Two examples: The position after Black’s 56th move was repeated at Black’s 58th and 60th moves, so under modern rules Black could have claimed a draw before playing 60...Kf6. The positions after 49...Kb7, 51...Kb7 and 61...Kb7 are identical, so again Black could have claimed a draw (at this point a draw claim would have been perfectly reasonable even though Black actually won the game).

As I understand it, at one time the repetition rule required that the moves had to be repeated, rather than the positions. Thus in the first example the moves leading to the positions were not the same, being ...Rc4 in one case and ...Kf6 in the other two cases. The second specimen is a little different, in that the move preceding the repeated positions was in every case ...Kb7, but the king came from c6 twice and from c7 once.

My main question is whether anyone knows the exact rule which was in force at the time and, in particular, what was the rule for these world championship matches. I would also be interested to know when the modern form of the rule was introduced.

A repetition rule involving moves must be fairly complicated to cater for repetitions which are more than simple to-and-fro sequences (as in the second example). There is also the question as to whether Qg6xPh6+ is the “same” move as Qg6-h6+, for example, not to mention the matter of castling and en passant rights.’

For Lasker’s world championship matches against Schlechter and Janowsky no consolidated versions of the complete regulations have come to light, and we have found nothing specific about repetition of positions or moves, although the possibility of a draw in the Schlechter v Lasker game was mentioned in vague terms on page 24 of the 16 January 1910 issue of Deutsches Wochenschach:

The origins of the repetition rule were discussed in C.N.s 3461 and 5695. The wording quoted in the former item (‘If the same position occurs thrice during a game, it being on each occasion the turn for the same player to move, the game is drawn’) also appeared as Rule VII in the ‘Revised International Code’ on page 9 of the English-language Hastings, 1895 tournament book. In that event a practical case arose during Blackburne’s game against Albin. A note by von Bardeleben to 71...Rc8 was contradicted by the tournament book editors (page 118): In the British Chess Code (London, 1899 and 1903) the relevant  provision was formulated differently:

‘A game is treated as drawn if, before touching a man, the player whose turn it is to play claims that the game be treated as drawn, and proves that the existing position existed, in the game and at the commencement of his turn to play, twice at least before the present turn.’

In Germany a different rule had been in force, enshrined in the Statuten und Meisterturnierordnung des Deutschen Schachbundes, which were adopted in Nuremberg on 15 July 1883:

A comparable provision was still applied in the twentieth century. For example, the following was given by Johann Berger on page 95 of the March 1906 Deutsche Schachzeitung:

An English translation appeared, with discussion, on page 233 of the May 1910 Chess Amateur:

‘The game is also counted as drawn, if three times in succession both sides make the same moves or series (plural) of moves [same moves or groups of moves].’ 
Regarding the code of laws set out in the Handbuch des Schachspiels in the latter part of the nineteenth century, courtesy of the Cleveland Public Library we give a PDF file comprising the relevant text from the sixth and seventh editions of the Handbuch, published in Leipzig, 1880 and Leipzig, 1891 (pages 15-17 and 26-27 respectively).


A general provision concerning repetition of position or moves was published on pages 106-107 of Le Palamède, March 1846 (the fifth in a list of possible ways of drawing):

Page 107 contained a brief elucidation of the fifth point:

From the conditions for a proposed match between Zukertort and Mason:

‘If the same move or series of moves be repeated three times, the opponent may claim a draw.’

‘7. If the same position occurs thrice during a game, it being on each occasion the turn for the same player to move, the game is drawn.’

The Rules were reproduced on pages 37-38 of the Brooklyn Chess Chronicle, 15 December 1883.