We list a selection of articles about chess and psychology in old periodicals:


In C.N. 559 William Hartston (Cambridge, England) quoted a sentence from a 1960 paper by Félix Martí-Ibáñez:

‘To checkmate the opponent’s king in chess is equivalent to castrating and devouring him, becoming one with him in a ritual of symbolic homosexualism and cannibalistic communion, thus responding to the remnants of the infantile Oedipus complex.’

We now note a slightly earlier appearance of the passage, on page 504 of Martí-Ibáñez’s book Centaur: Essays on the History of Medical Ideas (New York, 1958). It is in an essay ‘On the Psychology of Chess’ (pages 501-508): 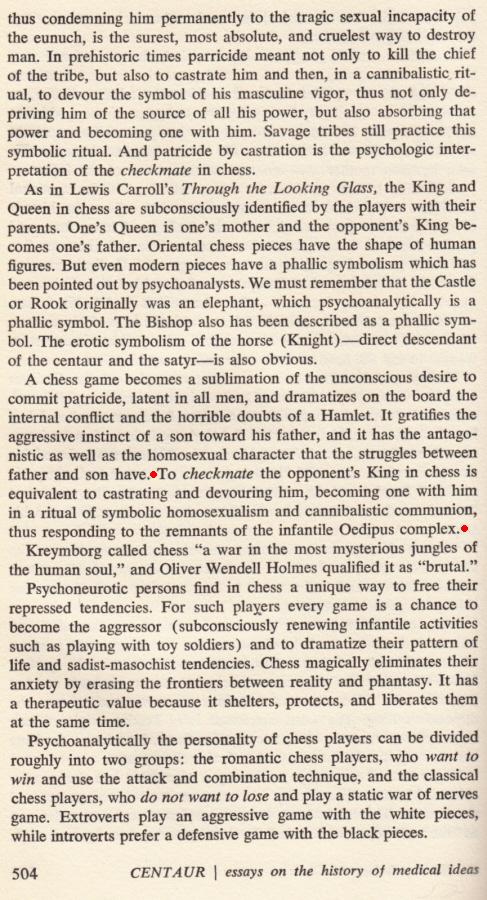 The author’s inscription in our copy: 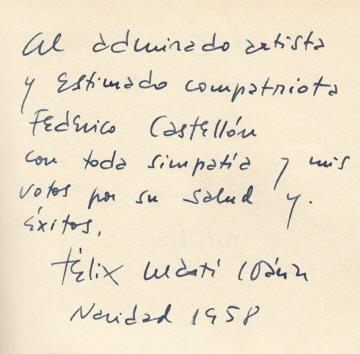 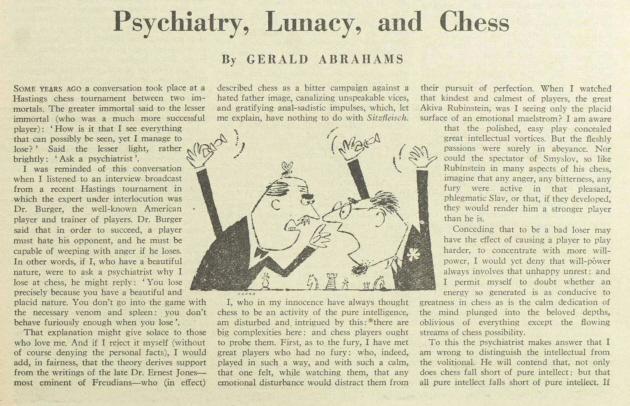 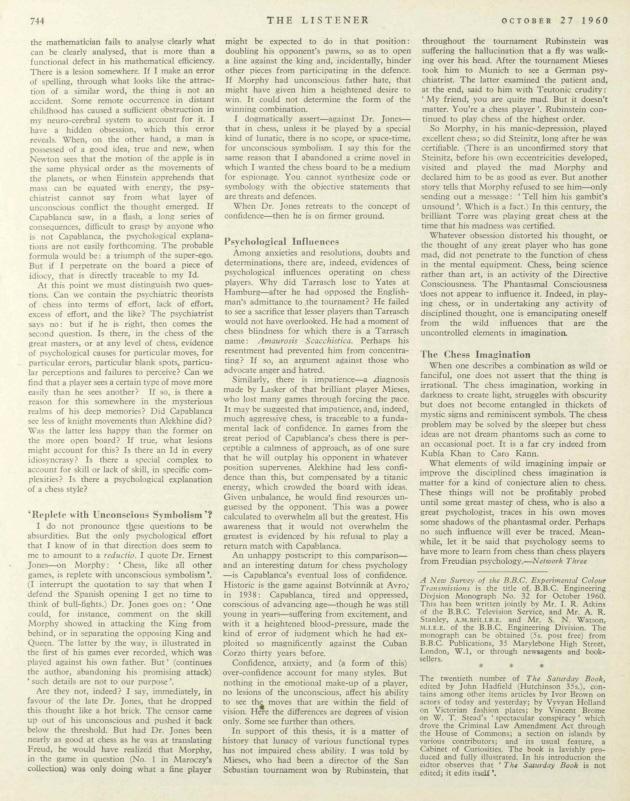 The text is markedly different from the article of the same title reproduced on pages 26-36 of Abrahams’ book Not Only Chess (London, 1974).

‘Against a wary chessplayer the possibilities of applied psychology by an opponent are very limited. The real psychological opponent of every player is himself.’

‘Sixty years ago there were dotted around the provinces (either in small struggling clubs or once a week in “private house soirées”) players with only each other’s chess intellects to feed on who would loyally stick to the game without improving one iota through whole decades. ... Many of them were characters of as great psychological interest as a Fischer or a Korchnoi; for to imagine that “psychological motifs” and whatnot are the exclusive monopoly of grandmasters is to fall into the snobbish fallacy of the Sergeant Major who (when a poor Private reported sick with a “pain in the abdomen”) roared at him: “You ’ave a stummick! Only orficers has abdomens!’


Much has been written about Emanuel Lasker and psychology at the chess board; see, for instance, pages 3-25 of Winning with Chess Psychology by Pal Benko and Burt Hochberg (New York, 1991). Réti’s observations on Lasker in Masters of the Chess Board are well known, but when did public discussion begin of Lasker’s ‘psychological’ approach to the game?

Alekhine made some notable comments about chess psychology, including a reference to Lasker, on page 150 of his book Das New Yorker Schachturnier 1927 (Berlin, 1928): Few topics lend themselves so readily to waffle as does ‘chess psychology’. (C.N. 5616)